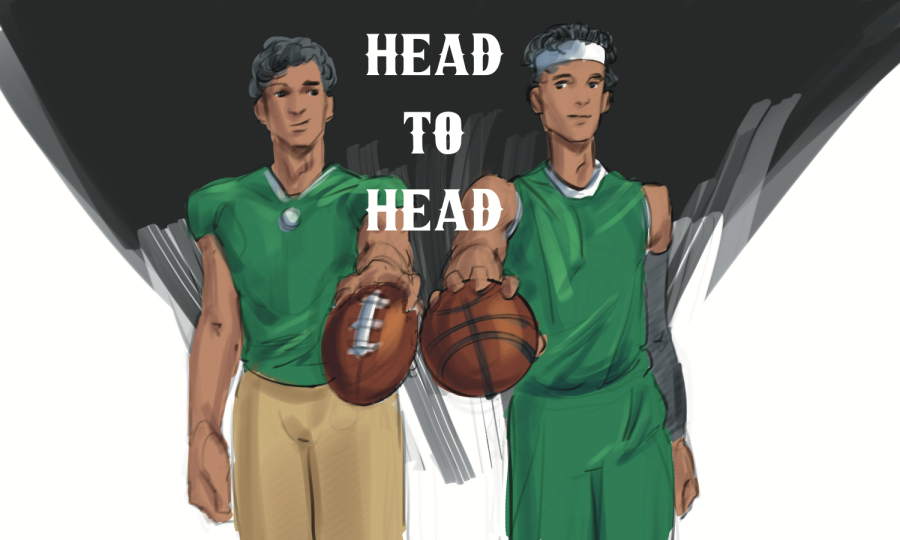 Head to Head: Is CSU a football or basketball school?

For most of Colorado State University’s history, the Rams have long been considered a football school. Some of the Rams’ legends of the highest tier were part of this program. Greats such as Pro Football Hall of Fame inductee Jack Christiansen, legendary head coach and Athletic Director Harry Hughes and recent Super Bowl LV champion Shaquil Barrett are just a few names that have painted CSU history on the gridiron.

In recent years, the football program has lacked its former glory, while men’s and women’s basketball have experienced great success. This begs the question: is CSU a football or basketball school?

Basketball should be the new face of CSU Athletics

There is no denying the Colorado State University basketball teams are steady, stalwart forces to be reckoned with in Fort Collins and among diehard Ram supporters. Since the beginning, both the men’s and women’s programs have had exceptional seasons, achieved a sizable number of victories and trophies and continue to support and develop professional players.

It’s time to acknowledge the program’s outstanding legacy and transform Colorado State’s athletics by recognizing the institution as one of the top basketball schools in the state.

Notably, Moby Arena was the season’s spotlight for both the men’s and women’s teams.

“The program goes much deeper than just an outside 3-pointer; it’s a community focused on fostering development and achievement among our teams, players and students. Colorado State’s history in professional development stems back to 1996 — the start of Becky Hammon’s legacy.”

The women’s team ended the 2021 season with an overall record of 21-12, rounding it up with two of the season’s largest events: the 2022 Mountain West Women’s Basketball Championship and the Women’s National Invitation Tournament. The team began the season with a six-game winning streak and enjoyed many significant victories throughout the year, including the Border War in Moby against the University of Wyoming.

The Colorado State University men’s basketball team began the 2021–22 season with high expectations and finished with a historic 25-6 overall season record. The Rams’ season was marked by school records being broken, accolades and awards being given, five consecutive sold-out games and a taste of playoff action.

They had a 12-game winning streak to begin the season, in addition to a victory at the 2021 U.S. Virgin Islands Paradise Jam tournament, making the semifinals of the 2022 Mountain West Men’s Basketball Championship and being the sixth seed in the NCAA March Madness tournament.

The program goes much deeper than just an outside 3-pointer; it’s a community focused on fostering development and achievement among our teams, players and students. Colorado State’s history in professional development stems back to 1996 — the start of Becky Hammon’s legacy. A former three-time All-American member, Hammon is currently the head coach of the WNBA’s Las Vegas Aces. Hammon’s time at Colorado State established the future of many athletes following the stalwart ways.

In the recent 2021-22 NBA draft, former forward David Roddy was selected by the Philadelphia 76ers in the first round as the 23rd pick and instantly traded to the Memphis Grizzlies. Roddy will carry on with his career in Memphis, Tennessee, leaving behind a three-year legacy with over a dozen honorable awards and mentions for his outstanding performance and leadership during his time as a Colorado State Ram.

As athletics begin to return, it’s essential to value and represent the history Moby Arena has brought to Colorado State University. Using basketball as a new representative will change the game for incoming athletes and embrace the new wave of students to Moby Madness. 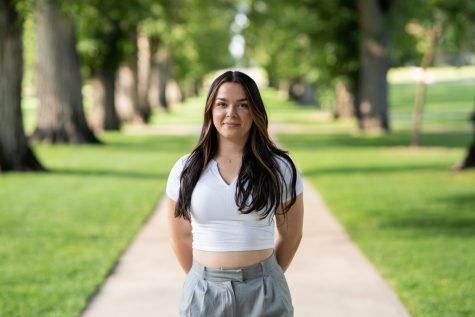 Karsyn Lane is the fall 2022 sports director for The Collegian. She began working at The Collegian in the summer of 2021 as a sports reporter, followed...

Rams fans shouldn’t close the door on football just yet

Colorado State University is a Division I program in the NCAA. Across 10 official NCAA sports that CSU competes in, two programs stand out among the rest: men’s basketball and football.

CSU has long been considered a football-first school. After all, like most Division I programs, football is where most resources and attention go. However, after a season when the Rams looked awful on the field and nearly unbeatable on the court, is it safe to say CSU is now a basketball school?

My pick: not yet.

CSU football was a disaster last year. The Rams had an awful 3-9 overall record last season, capped by a 52-10 beatdown at the hands of the University of Nevada, Reno, where then-head coach Steve Addazio was ejected from the game. One would have to go back to the 1988 season to find a Rams football team with a worse record than 3-9. They were 1-10 that season.

“Rams football has only had one winning season since the opening of Canvas Stadium just five seasons ago. However, this year, it is more than plausible for a winning tradition at Canvas to start and for fans’ hearts to sway back toward football once again.”

During the blowout loss, Nevada’s then-head coach Jay Norvell must have seen something in the Rams because within a month following that game, Norvell was named CSU’s new head coach. Since then, the Rams have been on a recruiting rampage, with a new coaching staff and very good players buying into Norvell’s plan on making a huge comeback this season.

Norvell is all about the grit and grind of football, and it is clear he is meant to be a football coach. The “Fort Air Raid” offensive scheme involves a heavy emphasis on the long pass, which is something the team — as well as the fans — have been missing for years now.

Now is a time as exciting as ever to be a CSU football fan. Quarterback Clay Millen was a 4-star recruit coming out of high school, and after redshirting for one year mentoring under standout Carson Strong at Nevada, he followed coach Norvell to CSU to win. Surrounded by tall, athletic wide receivers like Melquan Stovall and Preseason All-Mountain West tight end Tanner Arkin, the aerial attack will undoubtedly be something to marvel at this season.

But it is not only the offense that should stir up excitement for this season — the defense has exceptional potential as well. Linebacker Dequan Jackson was named to the preseason watchlist for the Chuck Bednarik Award, given to the best defensive player in the nation every season.

Rams football has only had one winning season since the opening of Canvas Stadium just five seasons ago. However, this year, it is more than plausible for a winning tradition at Canvas to start and for fans’ hearts to sway back toward football once again. 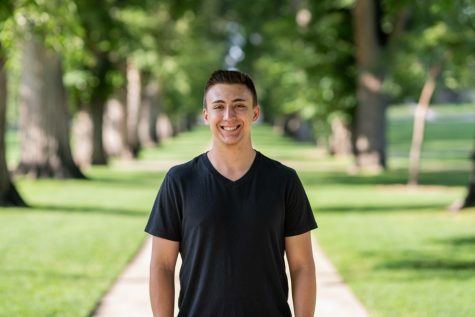