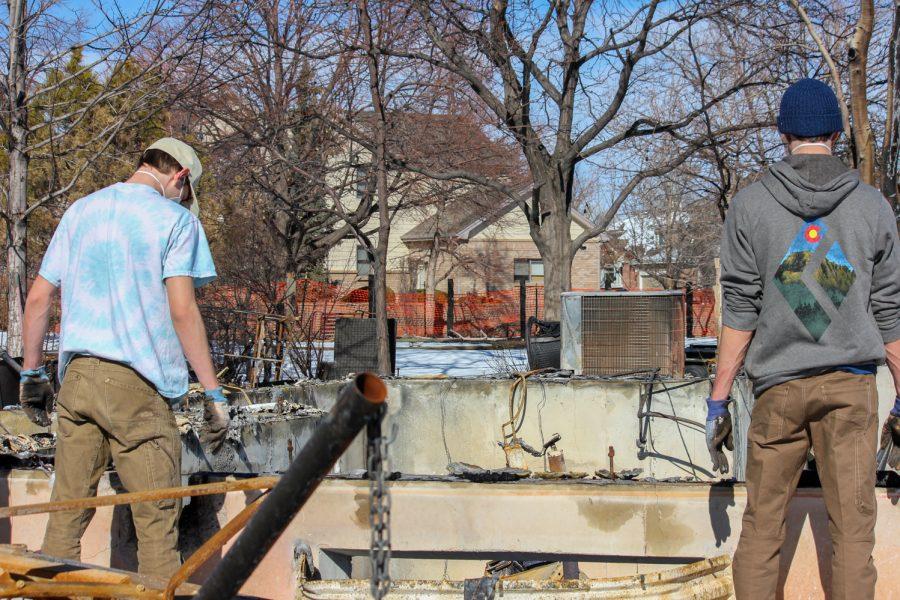 Brothers Tobin and Brodik Howe look at the foundation of their home Feb. 13. The Howe family was one of many families who lost their homes in the Marshall Fire.

The Howe’s were one of many families whose homes were destroyed in the Marshall Fire. Shaun, Keaton and their two sons, Tobin and

Brodik, drove up to Winter Park for a day of skiing on Dec. 30, 2021. Shaun’s family, like many others, never received a reverse 911 call. When the family heard of the fire, they returned to Louisville to retrieve some of their valuables from their home but were too late and evacuated to a hotel in Longmont, Colorado. It wasn’t until around 12:30 a.m. that Shaun’s friend texted her, informing her their house had most likely burned down. The Howe family drove into their neighborhood the next morning around 6 a.m. to see what used to be their home and their neighborhood for themselves.