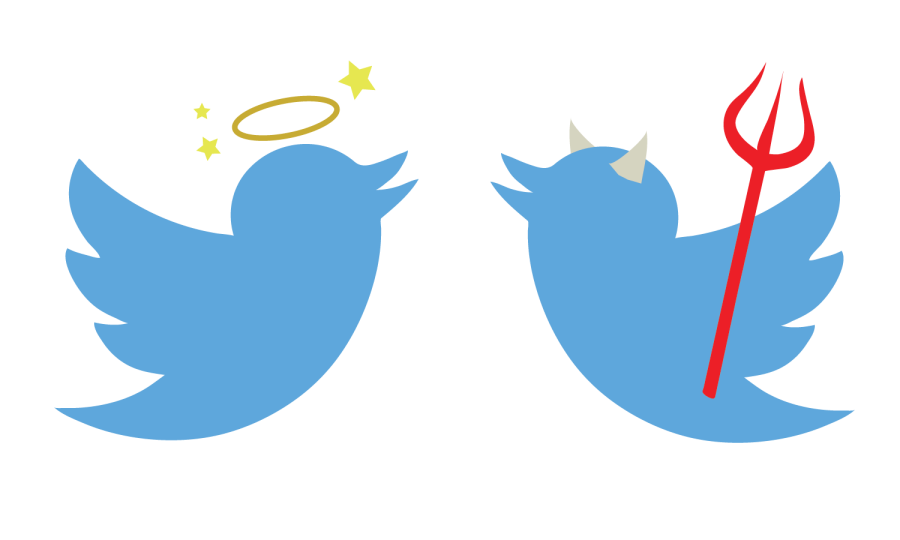 Head to Head: Will Elon Musk ruin Twitter or fuel the socializing?

The social media platform Twitter is under new management, but whether it is going well is up for debate. Two Collegian reporters, Bella Eckburg and Michael Stella, face off in a head-to-head discourse about how far the protection of freedom of speech extends into the Twitterverse and whether new owner Elon Musk is doing enough to maintain that balance. Eckburg takes the negative side, arguing Musk is doing much more damage than correcting the necessary issues that led Twitter to sell in the first place. Stella, on the other hand, argues the only way to truly determine the future of Twitter is to wait and see how Musk navigates the challenges he’ll face moving forward. This is a debate you do not want to miss, and both reporters would love to hear your take.

Eckburg: Twitter opens discourse but is not a place for total free speech

Twitter is arguably the social media for working adults and the place for debate, information and memes. It’s less about algorithms and beauty and more about how effective you are at conveying information in 280 characters or less.

You can add a gif or photo or post an audio message, but the platform comes down to a short tweet at its core.

Now, that doesn’t mean it’s the most successful social media platform by any means. Twitter launched in 2006 and raked in net losses until 2018, so it’s clear from the business side it wasn’t doing too hot.

Musk was clearly not committed to Twitter in the first place, as he attempted to back out of the unreasonable offer he flippantly made. Twitter sued, and then he unsuccessfully tried to renegotiate the price. So Musk was stuck with Twitter, and Twitter was stuck with Musk. What could go wrong?

Twitter reinstated Ye’s (formerly Kanye West) account after he was suspended for hate speech, and it’s unclear whether Musk was aware or had a hand in doing so, although he said he didn’t.

Musk did say he was working on creating a content monitoring council with lots of different viewpoints. Apparently, some of these viewpoints include outright, aggressive antisemitism.

I could go on with the reasons I personally believe Musk should not be in charge of something as well established as Twitter, but my issue lies in his blatant confusion about free speech and freedom of the press.

First, it clearly needs to be reiterated that social media is not the government and therefore can “infringe” upon your free speech all it wants. Also, verification processes aim to ensure the public can easily differentiate between misinformation and public figures. You want to easily determine if your breaking news is coming from a reputable journalist with years of experience or someone who heard a rumor in an open Call of Duty lobby.

Musk said, Screw that! Capitalism! Everyone gets a blue check if they pay $8 a month! Go crazy!

“Is it enough to assume each person will take time out of their scrolling to double-check whether the verification was purchased or rightfully granted to a public figure? From what we’ve seen of the fallout of Twitter thus far, it seems the answer is no.”

The First Amendment protects individuals from the government’s infringement on free speech. If Twitter wants to ban you because you go directly against its terms of service — which you agreed to when you made an account — it totally can. Complain all you want, but you did not follow the rules, so you’re out.

Musk supposedly bringing back Ye and posting a poll asking whether he should reinstate Donald Trump’s account directly goes against Twitter’s terms of service.

So if those aren’t the rules anymore, then what does Twitter stand for? Right now, it seems like antisemitism, misinformation and advertiser harassment.

Bots are certainly a problem for Twitter, as my fellow reporter Michael Stella stated, but so is allowing chaos to ensue on the platform during such a tumultuous time for free speech in America.

People already distrust the media, which makes it difficult for credible journalists to pierce through the wall of misinformation, so what does that mean for the future when a verified account can say anything? How do you know if what you’re seeing is real?

Is it enough to assume each person will take time out of their scrolling to double-check whether the verification was purchased or rightfully granted to a public figure? From what we’ve seen of the fallout of Twitter thus far, it seems the answer is no. 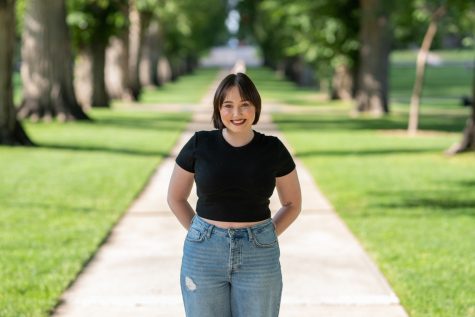 Bella Eckburg is a fourth-year journalism student with a minor in criminology and criminal justice and is currently serving as The Collegian’s opinion...

Stella: Let’s give Elon Musk the benefit of the doubt

Twitter is the king of social media. No other social media platform offers a forum for debate and civic engagement quite like Twitter does. It’s the place where an increasing number of people get their news and where news is spread.

After all, at the end of any Collegian article, reporters put their Twitter handles for people to follow them, not any other platform handles.

No other platform is a better physical representation of freedom of speech than Twitter. What screams free speech more than a platform on which every American can openly share their opinions and engage in debate?

While Twitter is the king of social media, it is not perfect. Just like its new owner, Elon Musk, it is not infallible.

Twitter has had its issues throughout its short life. Twitter was launched in 2006, which makes it a few years younger than most current Colorado State University undergraduates.

Twitter did not make a profit until 2018. It literally did not have a profitable year until 2018.  It also has a long list of issues it faces when it comes to free speech. Between bots, the algorithm and handling certain controversial posts, there needs to be a change at Twitter headquarters.

And what does any company, sports team or organization do when they are struggling to improve? Change leadership.

Musk likely is not the ideal candidate to be the next owner of Twitter, but if he is going to take on the challenge, he deserves the benefit of the doubt in regard to his proposed changes.

Twitter could not continue with the same old method. It is time for a change. What does it say about Twitter leadership that they sold to Musk instead of trying to right the ship themselves?

Musk also dissolved the governing board of Twitter to get rid of the old leadership.

Clearing the board is a solid move that will allow Musk to usher in needed changes. What was not needed, however, was Musk laying off a considerable number of global employees. The average worker should not be a victim on the path to a better Twitter.

Modern society is too quick to judge new ideas, and that is what is happening with Musk and the changes he proposed, which oddly is a unique characteristic of Twitter culture.

“In the end, Twitter is the platform best suited for public debate and discourse, a core American value. Twitter also needs to make changes to better fill its role as a site of public engagement.”

Musk has proposed that a new feature of Twitter would look something like a video game room wherein verified accounts can face off against each other, like a debate. This has the potential to be beneficial for free speech.

Prior to taking Twitter private, Musk expressed his dislike of bots on the platform. Bots are a significant problem on Twitter. They can be used for misinformation, and getting rid of bots is also important to advertisers, which comprise Twitter’s main revenue source.

It cannot be determined if Musk’s proposed and enacted changes to Twitter will be good or bad for free speech on Twitter. There is only one way to find out, and that is by waiting it out.

In the end, Twitter is the platform best suited for public debate and discourse — core American values. Twitter also needs to make changes to better fill its role as a site of public engagement.

The world needs leaders to take on challenges like reforming Twitter, which has more than 400 million global active monthly users, and while Musk may not be the most appealing person to take over Twitter, he deserves credit for taking on the challenge.

After Musk completed the acquisition of Twitter, he tweeted, “the bird is freed.” The bird is freed indeed, and in due time, it will likely be better for free speech because of Musk.