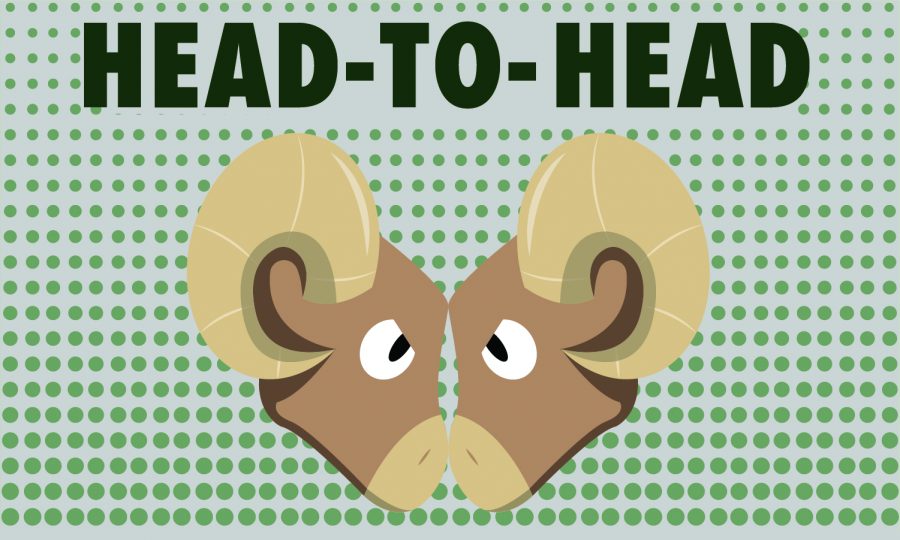 If you’re too self-absorbed and shallow to look up every once in a while mid-bathroom break, then I suggest you stop reading this at once and go reassess your life decisions.

The bathroom stalls here on campus are riddled with years of art and words of expression that even the rarest museums in the world would salivate at the comprehension of seeing, let alone owning.

It is not uncommon to come across someone’s masterpiece inside the stalls of campus bathrooms. In fact, most of my own campus bathroom break experiences have been brightened by a political stance or drawing of some cartoon character smoking a joint with a voice bubble saying, “Toke ‘til I’m broke, man.” Although specific, you get the gist. We need to encourage these artworks in the bathrooms.

Additionally, there was literally a kid who passed a midterm exam last semester because the Scantron test answers were written above the toilet paper holder in the bathroom adjacent to the classroom — a classic people-helping-people scenario. We love that.

The opportunity to share your voice on a pressing social topic or just doodling to avoid going back to class — it all adds to us experiencing the uniqueness of our peers. I mean, who doesn’t love a blank canvas to experiment with their artistic side in a place where most would argue they are the most creative and philosophical?

Losers with no imagination, that’s who. Worst of all, some people around campus view this expressionist form as vandalism more than anything else, as in the case of my opinion director, Bella Eckburg. To those people, I say: Get off your high horse before I vandalize your face.

But alas, that’s the reality of this situation. Some people are upset by what is on the walls of these bathrooms stalls and feel the need to hinder the works of this nation’s very own future Keith Harings and Vincent van Goghs.
“The men’s restroom in the basement of Willard O. Eddy Hall is a beautiful starting spot. Freshly painted and hardly used, this set of stalls is the perfect place, begging to be the new home of an angry cartoon giraffe wearing a backpack.”
To the Debbie Downers lurking around campus, my question is why? With all else that needs to be done on campus — some right next to the art in the bathrooms — do you feel the need to excavate such beauty? The Andrew G. Clark Building bathroom sinks are more sensitive than the people making these complaints, so just cool it.

Aside from that, who is going fix these “vandalized” walls anyway? Financially, it makes no sense. The upfront payment costs to repair the stalls — let alone the elbow grease put forth from the already busy maintenance workers — all point toward waste of time.

Who intends to live a life confined to a plain-painted wall of metal when you could take a step into the creative minds of those who have had the privilege of sharing the same toilet seat with you? Years of history are scribbled inside the bathrooms like hieroglyphics to a sandstone cave in the Middle East. The walls are just begging to hear your own story.

So if you’re not too chicken, I implore you to get out there and express your own artistic side. The men’s restroom in the basement of Willard O. Eddy Hall is a beautiful starting spot. Freshly painted and hardly used, this set of stalls is the perfect place, begging to be the new home of an angry cartoon giraffe wearing a backpack.