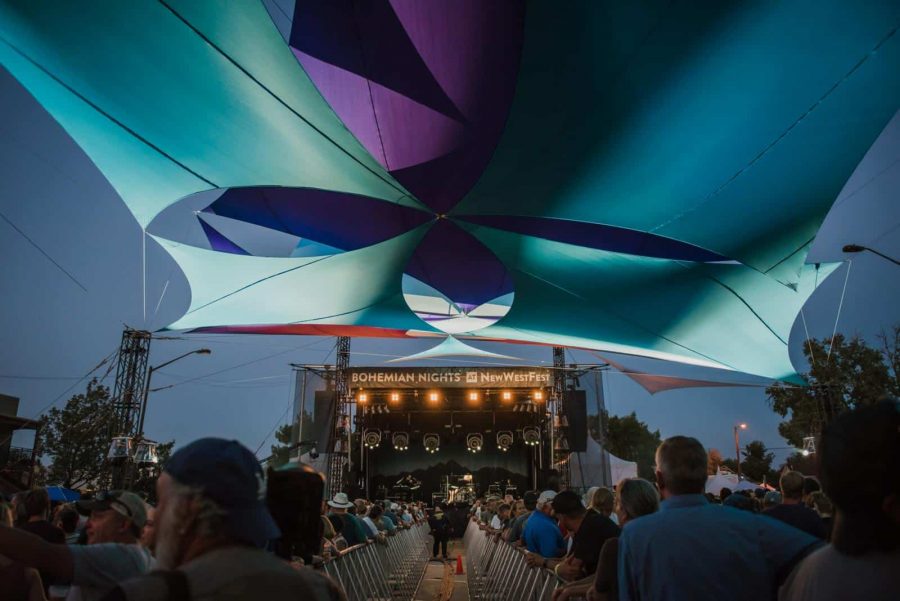 For its 15th consecutive year, Bohemian Nights at NewWestFest will be returning to Downtown Fort Collins to wrap up the summer with a bang. The free festival will take place August 9-11 and will feature a wide array of music, including everything from folk to hip hop artists in the lineup. It will be open to the public on Friday from 5 p.m.-10 p.m., Saturday from 10 a.m.-10 p.m. and Sunday from 10 a.m.-7 p.m. Along with over 80 bands that will take the stages, the headliners of the festival Tank and the Bangas, Bonnie Raitt and Andrew Bird will be playing the Mountain Avenue Stage on Friday, Saturday and Sunday, respectively.

According to the Bohemian Nights website, the three-day festival is co-produced by the Downton Fort Collins Business Association and Bohemian Nights. As part of Bohemian Nights’ mission to provide free music to locals, expose people to new music and support a community of artists in Colorado, the organization works to carefully curate the lineup and pay for the musicians. The DBA, a nonprofit organization which works to keep Downtown Fort Collins a lively community, organizes the food and vendor booths for the festival, putting the proceeds to bettering the downtown area.

According to Bohemian Foundation Chief Music Officer Tom Scharf, the festival has grown over the 15 years it has been coming to Fort Collins, although the core of it has remained the same: feature Colorado artists and make live music accessible to the community.

Each main headliner has a unique sound for people to get an ecclectic taste of music they may not have heard before. Tank and The Bangas combine jazz, funk, soul, rock and even spoken word for an experiential sound, which won them the 2017 NPR Tiny Desk Contest. Grammy-winning artist Bonnie Raitt is a singer and songwriter whose eccentric sound is a mix of blues, country and rock. Indie rock artist Andrew Bird will wrap up the festival Sunday night with features from his album released in March, “My Finest Work Yet.”

The full festival lineup can be found on the Bohemian Nights website.