You can still call these ‘Ghostbusters’ 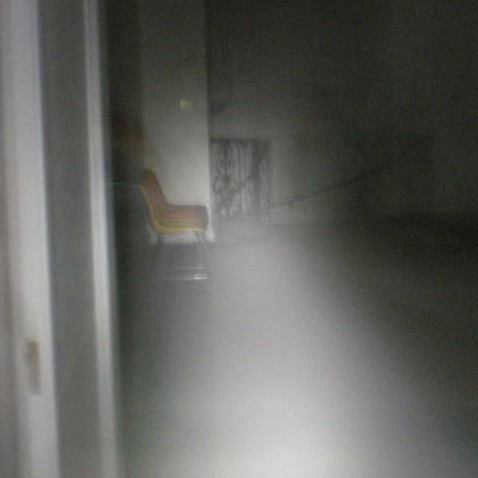 Ghosts are a topic that come up often in October around the Halloween frenzy, with the exception, perhaps, of “X-Files” fans. However, for some, ghosts are more than a seasonal interest — they’re a year-round passion.

Ghost hunting falls among more eccentric hobbies, but is a lot more substantive than portrayals in the media might lead us to believe. Investigators often use a wide array of technological equipment, have stringent requirements for evidence and employ other resources such as research or psychic mediums.

While there are no large, established paranormal groups local to Fort Collins, there are a handful of operations centered in Denver and Boulder that serve a large surrounding community.

One group based in Denver operates under the name After Shadow Investigators and is comprised of three women with diverse skill sets. Diane Rogers Bischoff provides a scientific approach to investigations, while Kim Pritekel identifies as a psychic medium. Amber Cain joined the team later on.

“Our group operates under a mentality of ‘science-meets-spirit,'” Bischoff said. The group’s website reads: “We investigate with an open heart, yet review our evidence with a skeptical mind.”

The group gives ghost presentations in addition to taking private cases and pursuing their own investigations. The “Paranormal 101” demonstrations are often held in haunted locations and involve the equipment the three women regularly utilize.

While the group is skeptical about automatically associating EMF readings with ghost activity, psychic Pritekel describes one haunting experience.

“We were investigating the Patterson Inn and headed through a room when we heard a male voice ask, ‘Who’s that girl?'” she said.

“The first male voice answered ‘yes’ in a very evil, low voice and I was literally pulled down a flight of stairs,” Pritekel said.

Spirit Bear Paranormal is a more eclectic operation run by a husband-wife duo. Together, the couple has over 20 years of combined paranormal investigation experience behind them. Both widowed from previous marriages, they found a common interest in seeking to connect with their deceased spouses.

“We started going out on trips with three or four other people, since right around that time the Syfy Channel started airing “Ghost Hunters” and a lot of groups cropped up in Denver,” said Dave Kirby, one-half of the Spirit Bear Paranormal team.

While they began with a great deal of zeal, their case load has decreased over time. Kirby works as a freelance journalist and his wife Sharon works in retail. They are extremely selective in their caseload, only agreeing to more investigations when time allows.

The Spirit Bear team has had the chance to take their investigation techniques all the way across the pond to England. On a 2012 trip, the husband and wife paired with a British paranormal investigation team and visited an old manor seeking ghost activity.

“We were in the middle of investigating when I saw this black mask rise up from out of nowhere. I sort of just stopped and it dissipated after six or eight seconds,” Kirby said. “It was right in front of an arch, so you could see the manor one moment, only the mask, then the manor again. I turned to everyone and immediately asked, ‘You can see that, right?'”

He was informed by the local team that the black mask apparition is commonly reported at the location. The Kirbys met with the team again in 2014.

After Shadow Investigators also take what they describe as destination hunts, in which they take funds generated from presentations and put it toward travel expenses to investigate distant locations renowned for ghost activity.

Their most recent trip was to the Ohio State Penitentiary, a filming site for the 1994 film “Shawshank Redemption.”

“I felt like they stayed just out of the corners of our equipment, but I could feel them watching us,” Bischoff said. “You can hardly describe that place — it’s just very sad and haunting.”

Kirby gives an example of a common message received: “I think there’s something evil in my house. My little kid talks to people who aren’t there. I see dark shadows and we hear unexplainable noises at night. My place is haunted — what should I do?”

“So I always ask what else is going on their life. These (are typically) people that have just moved in, are having marital problems or kids are having problems in school. Often, these places are not haunted, and there’s a separate problem we can attribute this to,” Kirby said. “I advise them to get a voice recorder themselves and see if they find anything. I never hear back from these people, whatever that may mean.”

“There’s a combination of people not understanding how light reacts and how the equipment works,” she said. “There’s something called Pepper’s Ghost that is often used in theatre. If you put a piece of glass between the audience and stage and aim it at the right angle, then someone stands off to the side in the right spot, it looks just like a ghost. People often just don’t see someone standing behind them near glass.”

Another common false claim of activity stems from orbs shown in photographs. Bischoff rationally explains that sometimes a camera is not adequately able to focus on an object between a camera lens and focal point.

When it comes to Ouija boards, the paranormal experts ruled a general no.

“When using a Ouija board, you become the medium through which something is trying to communicate, whereas tools like voice recorders are impartial,” Cain said.

The team spoke of a Ouija expert they encountered at a paranormal conference, but remains skeptical of both their impartiality and function of making humans conduits for spiritual energy.

This is why true investigative teams such as After Shadow Investigators and Spirit Bear seek to thoroughly examine evidence and accept only the most promising of audio clips and photos.

“My wife and I both believe in ghosts, but believe it be a rare phenomena. People are often in too great of a rush to display evidence of it,” Kirby said.

Bischoff concurs about true ghost activity. “If you aren’t paying attention, you’ll easily miss things or dismiss them. Things aren’t flashy like in all the movies. It’s whispers you almost don’t hear or movement out of the corner of you eye or things that don’t make sense,” she said. “People need to understand that ghost energy is subtle.”