Longmont, Colorado provides citizens with internet, agrees with everyone that Comcast is a vampire 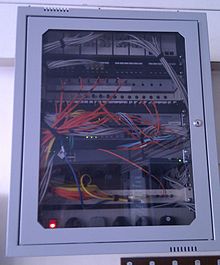 So it turns out that Longmont isn’t such a terrible place after all. According to Zach Walton at WebProNews, the town’s working on delivering fast, fiber network Internet to businesses and 1,100 homes.

Walton neatly summed up the awfulness of our current Internet service provider situation when he wrote that:
The residents voted in 2011 to get rid of a statute that prevents the city from offering Internet to its citizens. Before that, residents had to contend with the high prices and low speeds that are emblematic of current ISPs.
I know there’s always talk of smaller government, but imagine a world of cheaper, better Internet. I can’t believe how many times I’ve cursed Comcast’s name as I wait for an episode fo The X Files to slowly load on my laptop.