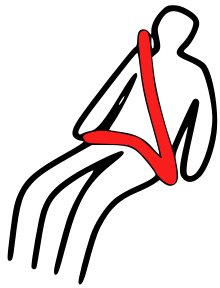 The New York Daily News has reported that an Avon, Colo. couple was awarded medals for buckling their seat belts last Mother’s Day. The two were involved in an auto accident that would have (probably) resulted in their death had they not strapped in. The original story came from the Denver Post, which makes sense to me as this is a Colorado story, but why on earth was it picked up by the New York Daily News?

As this quote indicates, the whole thing kind of reads like a public service announcement:
On Tuesday evening, the Avon (Colo.) Police Department publicly awarded Lara Wahl, 24, and Bradley Zellefrow, 26, a certificate for using their seat belts. The commendation is part of Avon’s Saved by the Belt campaign. The couple’s use of safety belts saved them from a devastating accident (Michael Walsh, New York Daily News).
Coming soon, a Collegian story on pet rescues in Vermont.
Related articles

Seat Belts: How They Save Lives(everydayhealth.com)