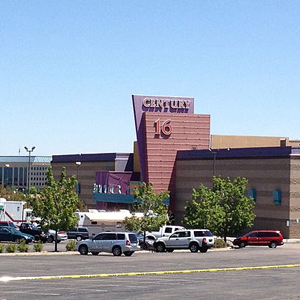 The Century 16 theater in Aurora, CO where the shooting took place

According to the Denver Post, James Holmes was formally charged with 24 counts of first-degree murder in a hearing Monday morning. He has also been charged with 116 counts of attempted murder, one count of possession of an explosive device, and one  sentence enhancer for a crime of violence for a total of 142 counts. The Post also reports that:
The maximum punishment for the man suspected of killing 12 people and injuring 58 in the Aurora theater shooting is death. The minimum is life in prison without parole.
Holmes’ trial date is yet to be announced, and prosecutors have said it will be several weeks before a decision is made on whether or not to seek the death penalty.