This Aspen, Nordic lifestyle festival features “soupsköl”, a soup making contest, a canine fashion show, and a “winterscuplt” snow sculpting contest. The theme for Wintersköl 2012 was originally “To Die For” alluding to the rumored 2012 apocalypse. Though according to the Aspen Daily News it has been changed to “Sieze the Summit” after a series of complaints from the community. 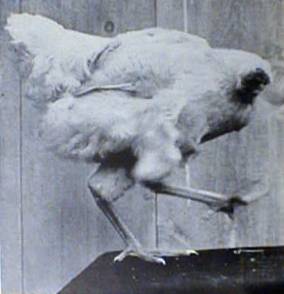 This festival, held in Fruita, Colorado commemorates the life of Mike, a chicken who was beheaded in 1945, and continued to live for 18 months without his head. To celebrate the life of this amazing chicken’s life, the festival includes a 5k headless chicken run, a wing eating contest, and much more.

This festival is possibly the most bizarre. Held in Nederland, Colorado, this festival celebrates Bredo Morstoel, a man who, instead of being buried after his death in 1989, he was packed in ice and frozen until the time that he can be thawed and brought back to life. The festival includes coffin races and frozen tee shirt contests.
Related articles

Chicken called Mike lived for 2 years without a head(factday.com)

Colorado’s Mike the Headless Chicken throws hat in the ring for president(denverpost.com)