New Ways of “Shredding the Gnar” 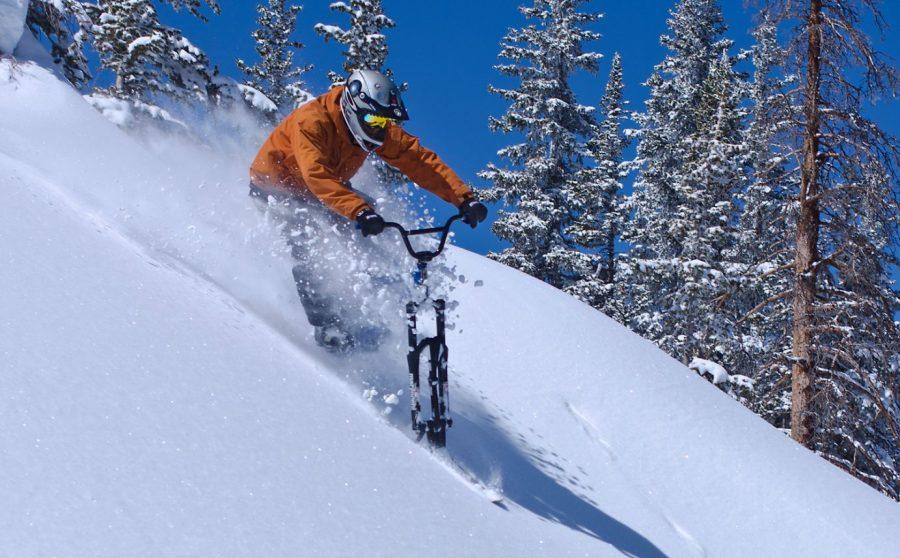 By Josiah Cuckler and Michael Berg

When it comes to Colorado, there are a couple things for certain. We like the outdoors and getting a good adrenaline rush with a variety of adventures throughout the seasons. During the winter, you might find most people descending the Rocky Mountain slopes on a pair of skis or a snowboard. Skiing and snowboarding have a long history and will never get old; however, there is a new trend, and it begins with a little bit of odd engineering. A bike for the snow, but instead of wheels you get one good ski, or two huge tires made to float over snow. Ski Biking and Fat Biking are growing more popular every year, with resorts such as Copper Mountain and Steamboat hosting events every winter.

With Fort Collins being a platinum biking town, it shouldn’t be a surprise that Fat Biking and Ski Biking have grown in popularity and have caught wind. It has become another adrenaline pursuing activity for all the slightly wild Coloradans to enjoy. There are even annual competitions that take place for both sports. Races that involve freezing weather, good snow, and at least a couple great falls.

Short History: Fat Biking originated shortly after the major distribution of mountain bikes in the mid 1980’s. In 1987, the first Iditabike event dared riders to traverse 200 miles of Alaskan country during the winter (https://www.adventurecycling.org/resources/blog/a-brief-history-of-fatbikes/). During the late 1980’s there wasn’t nearly as advanced fat bikes that you see today. There was a lot of creativity and collaboration that occurred during the 1980’s and 1990’s that facilitated the Fat Biking norm of today.

The early origins of Ski Biking actually originate back 150 years ago from the European Alps, but the versions that most resemble today’s models were created relatively recent (early 2000’s). (http://www.ski-bike.org/history.html) This sport has not only given snow enthusiasts something else to talk about, but has also created a way for paraplegic’s to hit the slopes.

The current Fat Biking and Ski Biking technology is remarkable, and it will be worth observing what else people will come up with in the future. So as winter continues to persist, it’s worth noting the momentum these two sports have attained and the rush that it gives to so many winter sport enthusiasts. So maybe instead of slapping on some skis this winter, there will be a few more daring Coloradans that rise to the creative adventure.