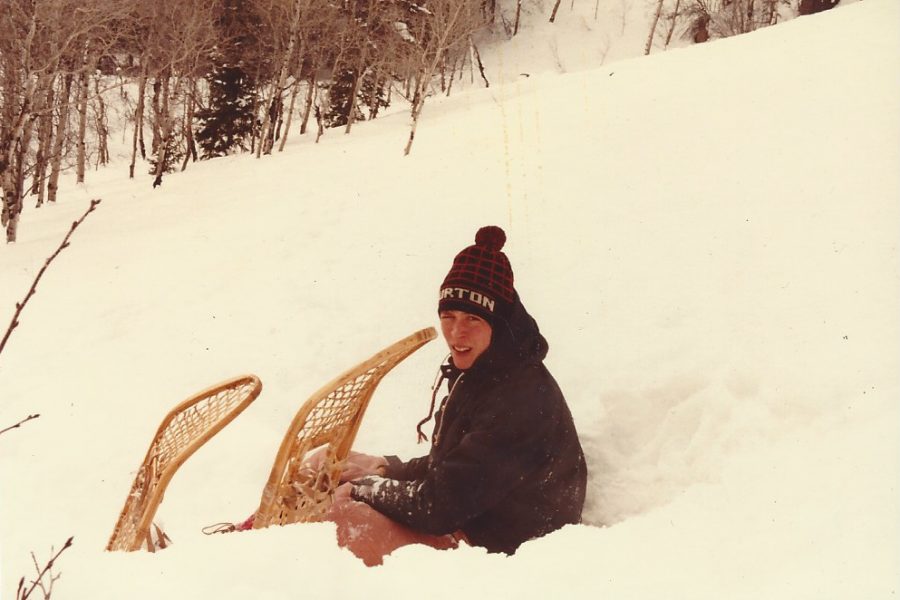 In 1982, snowboarding was just a concept to most skateboarders. I know because I was one.

My high school ski club was gearing up for a 16 hour drive to Crested Butte from Wisconsin and the week before I read in Thrasher Magazine about snowboarding. Just read about it. There wasn’t even a picture.  But I instantly could imagine it and knew I wanted to give it a try when I finally got to Colorado for the first time.

So I did what any enterprising young person would do: I made one. The “snowboard” was a water ski with an ice skating blade screwed into the bottom. And there was no way it was going to work.  When I got to Crested Butte, I ran out of our condo, and tried to go down a pile of snow pushed in a mound by a snow plow. The board just stuck in the snow, and I tumbled down the bank.

But I kept trying. I moved to a hill that had some actual powder on it so the ice skating blade would have something to settle into. And it still didn’t work. But the boarding gods were looking down on me that day.  A man who saw me giving it a shot came down from his mansion on the hill and handed me a Winterstick Swallowtail (which had actually started making boards in 1969). I slipped my feet into the very basic bindings, took off down the hill, and glided to stop with tears in my eyes.

That single run changed my life forever. That is not an understatement. The next year, instead of going to college, I moved to Lake Tahoe which (besides one place in Vermont near where the Burton family lived) was the only area of the country that allowed snowboards on the ski hills.

After working for two weeks at the Hyatt Lake Tahoe, I took my first paycheck down to Reno and bought a Burton Performer for $100. 34 years later, I still have that board. (If only I had bought three of them; an original Burton Performer in mint condition would easily sell for thousands of dollars today.)

For the next year, I spent nearly every day on that board, whether it was down the slopes of Squaw Valley, hiking the passes in Donner Summit, doing skateboard style tricks at the legendary Tahoe City Halfpipe (located at the town dump and was more of a quarter pipe) or just riding in front of my apartment and jumping off a rock.

Look around you today, what crazy outdoor sport is just beginning to emerge that will be a mainstay in 30 years?  Whatever you think it might be, buy 3.

Want to get your club’s news, events or games published on RamPage? Contact RamPage editor Michael Berg at mike.bergfoco@gmail.com