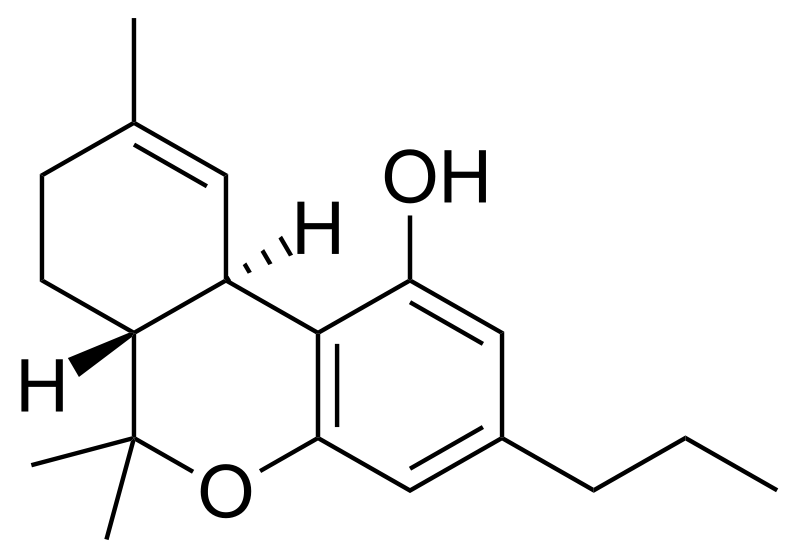 During this series of looking into cannabinoids, we have yet to focus on THC, cannabis’ most abundant cannabinoid. We still are not going to focus on it, but this one has THC in its abbreviation so close enough right? If not oh well, you need to hear about THCV, or tetrahydrocannabivarin, anyway.

THCV is a cannabinoid that occurs in very low percentages in the cannabis plant, with the highest testing flower strain at the 2014 Seattle High Times U.S. Cannabis Cup, Durban Poison by TJ’s Garden, tested at 1 percent.

With so little THCV in any given marijuana plant, why does it matter? What does it do? Well, there is not much research on the cannabinoid but there are a few things we do think it does.

The first question that comes up when it comes to what a cannabinoid does is always is it psychoactive or produce a “high” and the answer is yes. Well, sort of. Like THC, THCV attaches to CB1 receptors in the brain. In low doses however, THCV acts as an antagonist, which means it does not produce a high. At higher doses however, THCV acts like agonist like THC producing a high. According to Steep Hill, a cannabis testing company, THCV has stronger psychoactive effects than THC, but lasts about half as long. These higher doses can be found in a couple strains bred to produce higher THCV contents Steep Hill also says, with the strains being Pineapple Purps and Doug’s Varin, which is the first strain to produce more THCV than THC. THCV is said to be more uplifting and euphoric than traditional THC highs too, making it great for those suffering from anxiety and has been shown to help those with PTSD.

The high is not the most important aspect of THCV though medically speaking though of course. The most interesting thing in that regard is the appetite suppression effects of THCV and also encourages weight loss. A study by GW Pharmaceuticals discovered that THCV could be useful in treating type 2 diabetes since it has the ability to help reduce insulin resistance and regulate blood sugar levels.

Where can you find strains with higher testing THCV without seeking rarer strains like Pineapple Purps and Doug’s Vairn? Well it seems that African land race strains, like Durban Poison, are naturally higher in THCV than most others. So, strains with Durban Poison as one of the parents should have more THCV. Sativas in general tend to have higher amounts of THCV too when compared to indicas. In the future, there are sure to be companies trying to further isolate THCV and the product should become more available. For now, more research needs to be done and more high THCV strains need to be grown and produced.