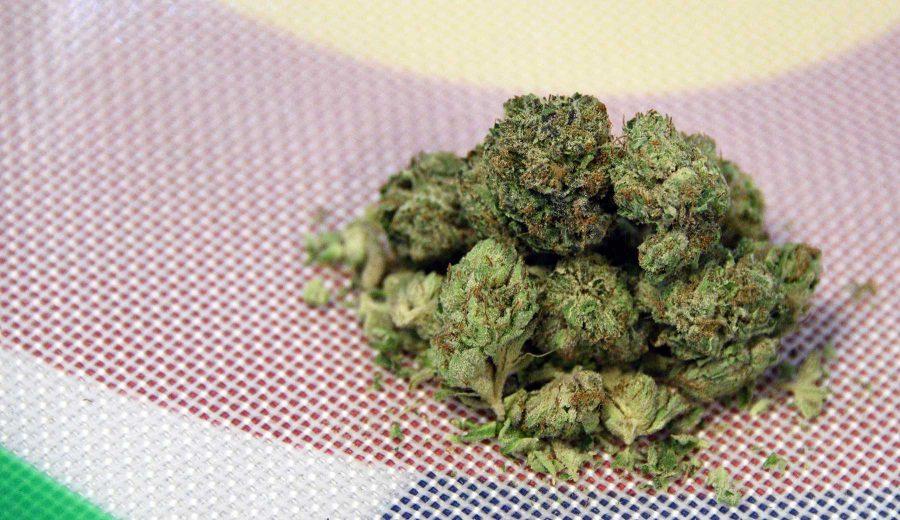 In this final Roastin’ with Rick, and for this fine holiday of April 20, I went with a beautiful and ultra-keefy, pure indica strain, Hindu Kush. With a THC level of 15.06 percent, this herb from Organic Alternatives wasn’t too strong, but was pretty good for a straight indica.

Besides a boat-load of keef surrounding the outside and coating the inside, the bud had a great color — dark- to bright-orange hairs poked out of dark green and purple herb. But, although they were pretty, they weren’t really that big, and I’m a much bigger fan of much bigger buds.

The scent was as strong as it was sweet, and I could smell it before I even put it to my nose. It may not have been very complex, but the buds carried a very earthy and sweet aroma with slight fruity hints.

The small nugs were somewhat dense, but easy to break apart by hand. that being said, the overwhelming amount of keef left an enormous amount of sticky residue on my fingers, so I used the Kind grind instead (per usual).

For this special 4/20 Roastin’ with Rick, Kind Creations let me use their wildly-awesome and utterly unique Disco-perc Quad-oil drum. It has lights in it — different-colored lights that I could change. On top of that bit of awesomeness, the long mouth tube and wide base chamber allowed for thick, smooth and cool hits.

The flavor was very sweet and retained an earthy, but also very fruity, taste. Although I gave in to a few coughs, I was ultimately pleased with how full, smooth and sweet the smoke tasted.

Not even joking, after this full year of reviewing marijuana strains and products, I have found an indica strain that I’m not overly adverse to. The buzz is usually the problem, but the high from the Hindu Kush was honestly one of the best I’ve had from an indica strain. The come-up was pretty gentle and slow, and a calming and relaxing body-high took over. Fortunately, it wasn’t too intense, and I was still pretty active both physically and mentally.

In conclusion, make sure to check out the Collegian’s new marijuana review, Puffin’ with Paul, starring Collegian marijuana critic and columnist Paul Kolinski.

Collegian Marijuana Critic Rick Cookson can be reached online at blogs@collegian.com or on Twitter @RickCookson1.