Rising from the ashes: A community moves forward

Months after the destruction of the Marshall fire families are recovering from the ruins. 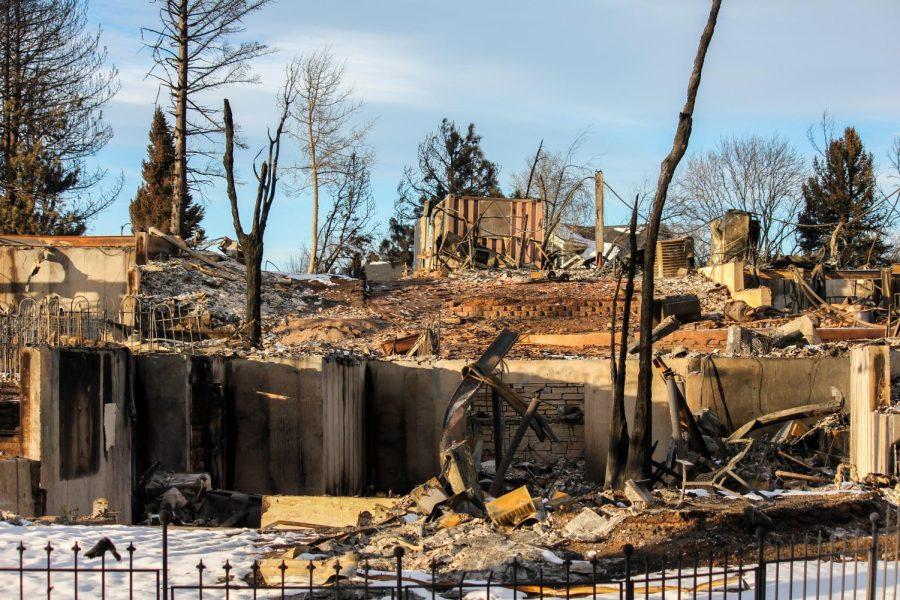 What once was three or four homes is gone due to the Marshal fire, Dec 30, 2021. Hurricane-force winds made it impossible for firefighters to enter certain neighborhoods to put out the fire.

It has been three months since Dec. 30, 2021, when the Marshall Fire scorched the towns of Louisville, Superior and parts of unincorporated

Boulder County, Colorado. The fire destroyed over 1,000 homes and damaged around 150 homes. It ravaged through the towns, scorching over 6,000 acres, as hurricane-force winds fueled the flames throughout the day. Neighborhoods were reduced to ash in less than an hour, leaving nothing but the foundations of homes. The Marshall fire became Colorado’s most destructive fire, causing about $500 million worth of damage.