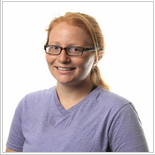 Fans of temporary tattoos using henna should be wary of the dyes used in the process, CBS New York reports. A black dye commonly used in new henna has been found to cause severe swelling and in some cases scaring to those allergic.

“People who don’t know they’re allergic may suffer allergic reactions including redness, blisters, crusting, and scabbing, tremendous itching which causes a break in the skin,” dermatologist Dr. Ariel Ostad said in an interview with CBS, “As a result infections could lead to sepsis.”

The dye is particular to henna and is not found in temporary tattoos used by children.

To read more about allergies related to the henna dye click here.