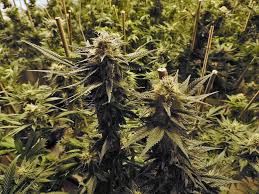 Dozens of homes in the Aurora/Denver Metro area were raided Wednesday October 10th by the DEA due to illegal cannabis grows.

Hundreds of cannabis plants lined multiple driveways in the Aurora neighborhood Tollgate Crossing and several other areas after the DEA searched the homes finding these illegal grows, all tied to a singular criminal operation. With legalization in 2012, criminal organizations have been moving to Colorado to set up illegal grows and ship the product to states where marijuana hasn’t been legalized recreationally and often even medically.

DEA agent Timothy Scott said that often times, after grow operations like this the homes are completely trashed because of the gutting and wiring that comes with such large grows. These operations often have many fire hazards due to this wiring and many times steal electricity from the neighborhood to help power the grow. This brings down the value of the house, and in turn, the value of the surrounding homes in an area where houses cost about $500,000 to $600,000 and is considered a fairly affluent neighborhood.

18th Judicial District Attorney George Brauchler says that there have been 11 murders in his district since legalization directly related to illegal marijuana operations. In almost every home raided, illegal weapons were found. The criminal organizations could sell a pound of cannabis here in Colorado for about $1000 and on the east coast for almost $7000 since there is no legal cannabis.

Some neighbors raised concerns and were glad that the DEA intervened. Others shrugged and said, “it’s just pot” and went about their day like nothing ever happened.

While the added crime is never welcomed or wanted, it is just cannabis. The war on drugs is clearly a failure and with cannabis especially. It is a harmless plant that is over stigmatized. It is medicine for thousands of people and these illegal operations are often the only way for these people to get their medicine. In no ways are murders and violence acceptable, but until federal legalization, how else are these people to get their medicine? If our country wants to eliminate these illegal and dangerous grows, we have to legalize and end the war on drugs.