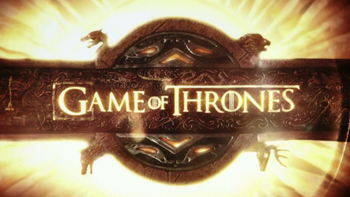 It has been one long off season with no drama and no drastic death scenes leaving the audience with mixed feelings of hatred and lust for the madly popular show “Game of Thrones.” For those who have kept up with every second of the sexualized and dramatic show that has people on the edge of every second of every episode, fans will rejoice to know that the release date for season seven has been released.

And of course, in a proper “Game of Thrones” manner they could not just simply release the date casually or through any media outlet. Instead, the idea was to make fans wait 45 minutes to watch ice melt. Yes, ice. What can you do instead for forty-five minutes that will make you feel productive? Lot’s of things. And if you’re a true GoT fan, you will enjoy all forty-five of those minutes watching the ice be melted by a flame-thrower while people write “fire” in the comments like lunatics. Then, you will realize that you are a part of this complex and elusive fandom that somewhat obsesses over a TV show filled with guts, nudity, and just the occasional person (spoiler alert) returning from the dead.

So for those of you who just want to know the release date, season seven is scheduled for July 16, 2017. This next season will be one for the record books, literally. Each GoT episode costs on average of six million dollars and rising per season to produce, according to HBO.

The melting of the ice and the premiere date was not even the best part, it was the surprise teaser that followed.

Season seven of the show will be roughly based on “A Song of Ice and Fire” by George R.R. Martin, hence the watching of the ice melt with a flame thrower. One of my favorite YouTubers that reviews and dives in to the meaning each episode in relation to the book is a channel called Emergency Awesome. Check out his take on the release date and what this season has to offer.

If you’re like me you have watched each previous GoT episode on the edge of your seat knowing the next episode only gets better. So this next season has a lot to live up to and fans are waiting somewhat impatiently so now that we know the release date, the countdown begins.