Living the Alternative: Why the Oscars are overrated 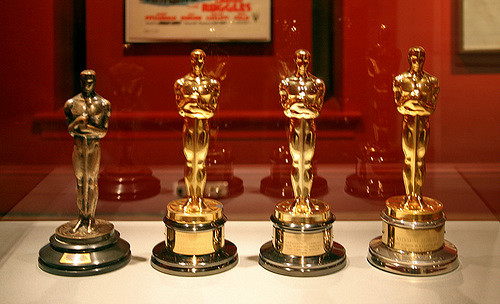 Sure, the Oscars are really great for the celebs that get to participate in them, but what about the people who have to do the real work of sitting through the movies that were only average, leaving their viewers with a sense of frustration? Now, granted, some movies are incredibly inspiring and can have real life effects that change the way the audience views a topic, but those are not usually the movies nominated.

This is only what seems like the hundredth award show in the past few months, and celebrities are used to being under the spotlight, but how many awards and shows does it take to feel proud of your work in one movie? The Academy Awards tend to be a bit overrated and at times boring because really I am not sure most people find it enjoyable to watch celebrities have all the fun and get to eat thousands of dollars worth of gourmet foods. I mean, is there really any event more “extra” than the Oscars?

They don’t understand or appreciate what it really means to be a real MVP.

Obviously, most of us look up to celebrities as if they are super-human, and while some of them are genuinely talented (for example, James McAvoy in “Split”) and deserving of fame, it gets really old after awhile.

The real credit should be given to the people who do the behind-the-scenes. For example, the editors and the music composers. If you have ever had to edit any kind of photo or video, you know how tedious and at times frustrating it can really be to line up everything with perfect synchronicity and pair it with transitions. Composers also have their work cut out for them because think of how weird it would be to sit in a thriller with no music. Lame. Those are only some of the people that make movies what they are, not to mention the costume design teams, set builders, writers etc. Yes, they are also given awards at the Oscars, but aren’t necessarily considered the MVPs.

They spend too much time talking about #SlayingIt.

The outfits are to die for. At least that is what fashion TV wants its audience to think after asking each and every single person what designer they are wearing. In reality, besides those who adore fashion or even those who like to look at every glittery and feathery outfits, which I will admit can be mesmerizing and elicit a certain sense of oohs-and-ahhs, it seems a little overrated. It practically takes at least an hour to two hours to shuffle everyone through the doors after listening to critics either loving or hating their outfits. Plus, for those who are famous enough to have a professional team of stylists and makeup artists at their beck and call, who wouldn’t look good?

They spend too much on it.

The Oscars and the Oscar ceremony may look fancy and expensive and that is because it is expensive. To put a price tag on it, the Academy Awards brought roughly $89.6 million in 2013, according to The Hollywood Reporter. Let that number just sink in. From spending $45,000 dollars on the little golden men winners pose with all night to the custom stationary used for the winners’ envelopes which can cost up to $10,000, this award show is more than just one pricey expenditure. Ouch.

Now, this is the part where you can point the finger at me. I too am guilty of watching the Oscars. Sure, 90 percent of the time the people I want to win don’t actually win. And yes, there is a crazy budget that is spent yearly for this production. The best part of it all though is that because movies are such a source of entertainment and can have such impacts on the population that views it, it deserves to be written and watched by a million plus viewers.

It brings people together, and it is even at times inspiring. Either way, for three hours we can fantasize about being that famous and one day being able to dazzle in that dress, stun in the suit or be able to carry that heavy award that screams accomplishment. Regardless, the Oscars will still continue to be overrated in the most “extra” way possible.