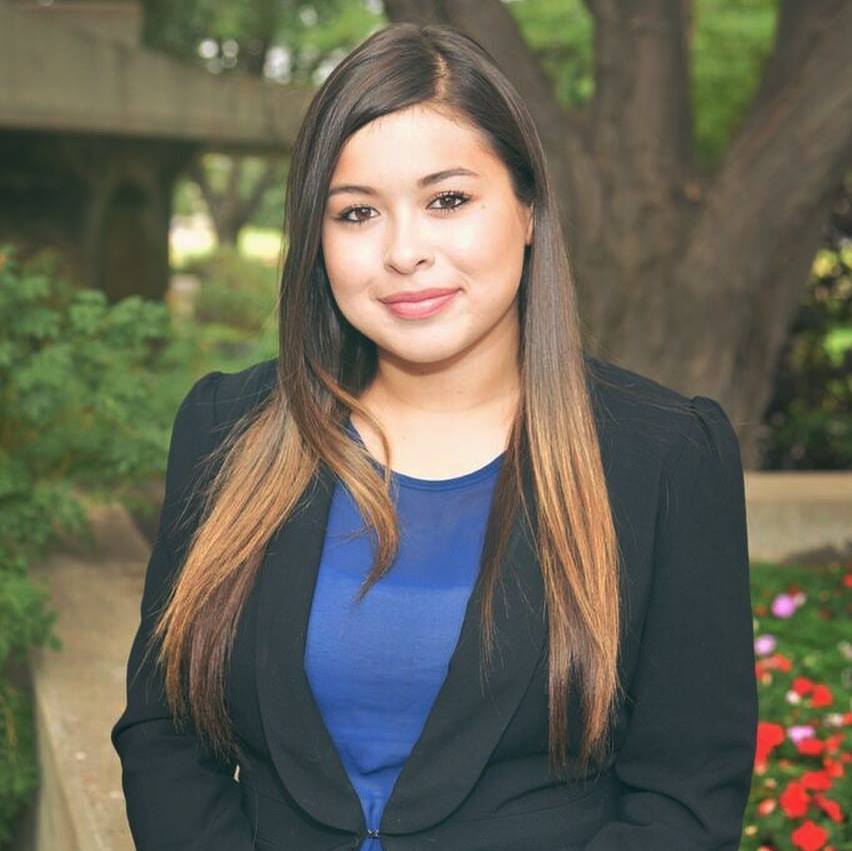 This is a phrase that describes the life of Daniela Pineda Soraca, the current CSU student body president. When comparing her birthplace, Bogota, Colombia and her current home Fort Collins, Colorado, Daniela says there are more similarities than differences.

She cites the warm and welcoming personalities of community members and geographical elements like the mountains.

Daniela immigrated to Fort Collins from Bogota as a little girl, and has felt a strong connection to this community for years. Whether it be advocating on behalf of her middle school at a Fort Collins City Council meeting or exploring Colorado with her former hall mates, this is a community where Daniela has been thriving.

When she in high school, Daniela volunteered with the CSU Campus Activities Department for the Macklemore fall concert. This is where she saw first-hand the power that student-led projects have to make a difference on campus.

“CSU is the hub for people all over this nation and all over the world,” Daniela said. She lived in Global Village freshman year where she was paired with domestic and international freshmen.

The moment when Daniela knew she was a Ram happened her freshman year at the Rocky Mountain Showdown. CSU won and packs of Rams were flooding Sports Authority Stadium. Everyone from students to alumni and all others were shouting “I’m proud to be a CSU Ram!”

She says it was less about being at the football game, and more about the Ram pride that encompassed her whole body.

“I knew that the next four years were going to be the best of my life,” Daniela said, recalling the first time she set foot on campus as a freshman. “Shout out to Parmelee 2-Northeast.”

Even with the lingering optimism for the four years ahead of her, Daniela couldn’t have predicted that she would serve as the CSU student body president just a few years later.

Throughout her first two years at CSU, Daniela worked with the LSC Flea Market and as an Inclusive Community Assistant in Braiden Hall. These roles, as well as her involvement in organizations like She Jumps and the Student Diversity Programs and Services Offices, prepared her well to represent students as one of the most influential leaders on campus.

Sometimes it feels like we all are speaking different languages, Daniela says. Her biggest passion is being a mediator, whether it be literally when translating from Spanish to English, or figuratively when issues arise and she works as a problem solver. She’s a self-described listener and advocate.

She knew that the position of student body president was the role where she would have complete autonomy to make change at CSU, and that’s why she decided to run for the position last spring. Interacting with people is what Daniela is good at. That’s what has made her so successful in this role.

Although sometimes, not many people know about ASCSU, it’s been her goal to shape an environment where students from all walks of life come together and create a team of advocates and representatives. She has created a space where people could grow, and a space where it isn’t all business.

If I could use three words to describe Daniela, I’d use approachable, relatable and enjoyable. She’s a great leader who inspires our ASCSU team to do their best each and every day.

“I learned to take myself a little bit less seriously,” Daniela says, “I also learned not to be so hard on myself. I learned a lot about being a human, having a strong moral core and helping to lift other people up.”

Daniela says it is an honor to channel student input and relay it back to key administrators, including the Board of Governors of the CSU System. At the end of the day, I can say she’s the most approachable student body president I’ve had the chance to engage with.

On a good day or a bad day, Daniela wants students of all backgrounds and passions to reach out to her. She wants to hear concerns, kudos and comments — she’s always here to listen. You can get in touch with her on social media: Facebook and Instagram.

Daniela says there is a lot demanded of students at CSU. She loves speaking up for both students who are academically inclined and students who are involved heavily. She wants students to indulge in the college experience; to even go out at 1 a.m. and get Krazy Karls without feeling guilty.

“All of those things, while they seem so silly, at the end of the day they are going to be our best memories here at CSU,” she said.

Collegian Blogger and ASCSU Deputy Chief of Staff Christina Vessa can be reached online at blogs@collegian.com or on Twitter at @ChrissyVessa.