Active Lifestyles: 3 Tips on how to set real goals 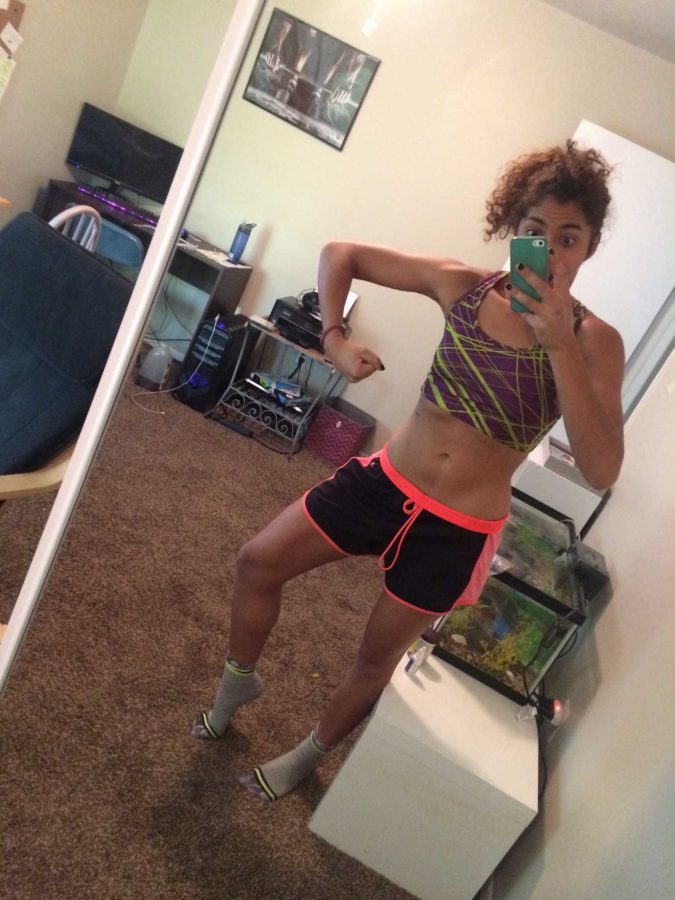 I love my shoulders and I love my legs. The middle is still a work in progress. Photo credit: Hayley Blackburn

2017 is already here, and, like most of us, I crafted empowering, idealistic, super cliche New Year’s Resolutions that I know usually don’t last longer than a month. In 2016, however, I tried a new approach to goal setting that has paid off, with interest in full.

Instead of setting a year-long deadline on your goals, provide checkpoints for yourself over the course of the year. Humans are natural procrastinators — some more so than others. If we have specific deadlines, we tend to get things done.

Not only should you provide yourself with at least four deadlines over the year, tell someone about them. Being held accountable is just as important for keeping your goals.

I like to set four to five big goals over the year and layer in mini checkpoints in between. I write my goals on a dry erase board next to my mirror so I am reminded of what I am working for every day.

Avoid telling yourself that you will lose all 30 pounds or become jacked this year. Instead, set small and specific steps that will ultimately help you achieve your main goal. Tell yourself that you will lose five pounds by Valentine’s Day, then another five pounds by finals week, and so on until you have lost 30 pounds. Bite size chunks help you see the progress and are much less daunting.

Last year, I decided that I wanted to do a pull-up. I realized that if I were falling off a cliff, I literally would not have been able to save myself. I couldn’t even do one! I started training my arms, back and shoulders steadily. Every week, I used the assisted pull-up machine. I focused on decreasing the counter-weight and increasing the reps every month. By March, I could do 10 on level three. In May, I was on level one. Over the summer, I was able to accomplish my goal and can now do eight pull-ups all by myself!

At the heart of any resolution is a why — a reason for wanting to change your life and to change what you have been doing. You will be much more successful in meeting your goals if you can identify WHY you set it. Don’t just say you want to eat clean because it’s a trend. Say you want to eat clean because you are sick and tired of being sick and tired. Identify and latch on to WHY because it is your biggest motivator.

This semester, I will be stepping away from the Collegian to open the door for another Active Lifestyle enthusiast to drop his or her perspective for you. If you like my voice and wisdom, then keep following my journey at www.phhealthylife.com. I will be setting new resolutions and blogging about my efforts to meet them in 2017. I challenge you to create your own resolutions by New Year’s Eve that are frequent, small and will change whatever it is that you need to change.

It has been a blast, CSU. Go Rams!

Collegian writer Hayley Blackburn can be reached at blogs@collegian.com or on Twitter @hayley_blckbrn. If you have a specific question or topic, let her know. Leave a comment!