The Non-Traditional: Politics, voting and Trump – oh my! 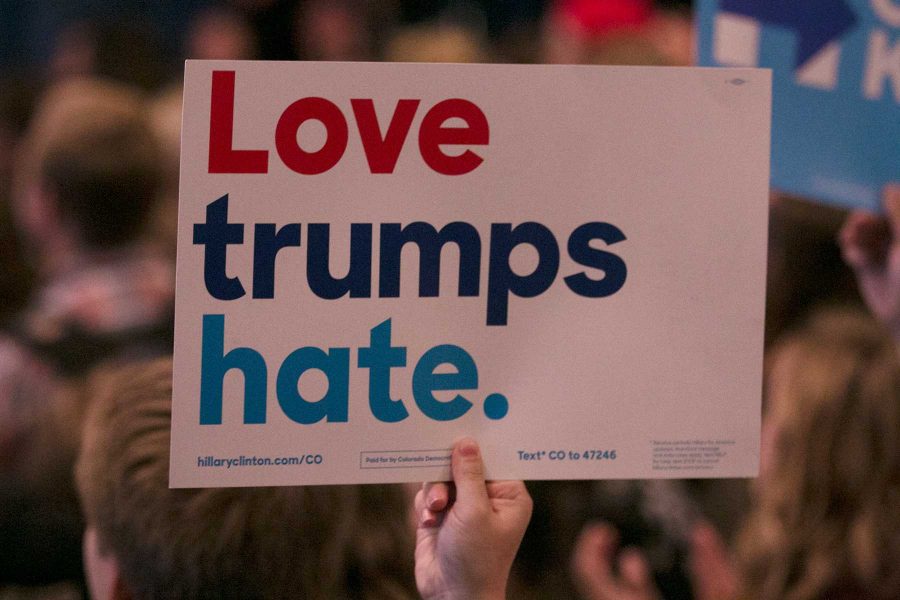 To those who feel lost, hurt, or angered by the election results

Today is a day of mourning for those of us who hoped, believed and prayed that the country we live in would make the better choice to continue to move forward, and not backward. The days to come will be trying, but we cannot lose all hope. Rather, we must rise above this predicament and look at it as a reason and a chance to really come together and make things better for our us, our future and the future generations.

My dad, who is an intelligent, well-educated white male and a hardcore republican and conservative, did NOT vote for Trump and made the choice to vote for Clinton because, even through is conservative lens, he was able to recognize that what Trump represents is not what is right or best for the people in this country. This was very relieving for me, but also worrisome, because when my dad, the most conservative right winged person I know, is opposed to the republican presidential candidate, it solidifies the urgency of our current situation even more.

Voting in this presidential election was difficult on both ends in their own certain ways. As a journalism major and ethnic studies minor, I am constantly flooded with the global tragedies in the news and learning more and more about the injustices of war and discrimination against the world’s races. It has affected me, left me bewildered, and has become difficult to see the beauty and hope in a world. But, my hope in the people of this country still pervaded throughout this election period because I couldn’t fathom the possibility of Trump actually becoming president. So, when the polls started coming in and things just kept looking grimmer and grimmer, that little bit of hope began to dissipate.

How could we have come so far in so many ways to now allow for the digression that Trump has planned for our nation? In times like these, it is important to be able to let go of our own opinions and think about the people as a whole and the greater good for our future. What Trump has planned might not affect those of us who check the Caucasian box off as much as it will the ethnic groups who are the majority of this country as well as immigrants, migrants and refugees, the queer and transgender communities, and those who strive to rise above poverty and low-income conditions. We cannot stand divided any longer, we cannot condone the pervading of stereotypes and injustices, we cannot be defeated, and we cannot allow someone like Trump to be the voice of the people.

This country was built on a constitution that clearly states “We hold these truths to be self-evident, that all men are created equal, that they are endowed by their Creator with certain unalienable Rights, that among these are Life, Liberty and the pursuit of Happiness –That to secure these rights, Governments are instituted among Men, deriving their just powers from the consent of the governed –That whenever any Form of Government becomes destructive of these ends, it is the Right of the People to alter or to abolish it, and to institute new Government, laying its foundation on such principles and organizing its powers in such form, as to them shall seem most likely to effect their Safety and Happiness.”

Even on this day of mourning, the more I hear from my community, the more hope I began to feel. It would seem that now is the time to take a stand, and use our constitutional rights to alter and abolish the destructiveness that could be our future.

Collegian writer Ashley Haberman can be reached at blogs@collegian.com. Leave a comment!!

Disclaimer: The view and opinion expressed are that of the writer and do not reflect the view of the Collegian as a whole.