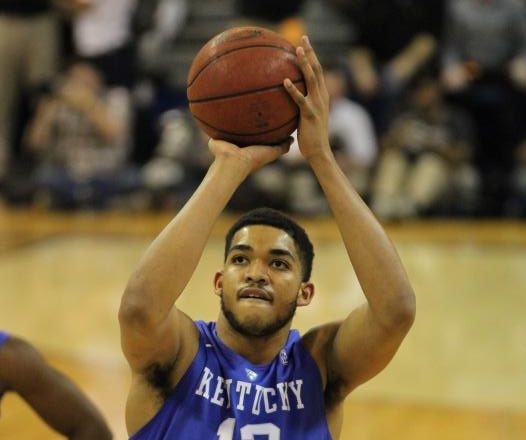 After a year of playing in the NBA, rookies from the 2015 NBA Draft are starting to come into the players they will be for years to come. Sure, there are some players who are late bloomers and aren’t that great in their first couple years, such as a Jimmy Butler, who didn’t average double digits until his third year in the league. There are also players who are spectacular as rookies but lose steam in the next couple years, such as Michael Carter-Williams and Tyreke Evans. That being said, one can start getting a feel for these players after an entire season in the league.

Let’s start with the most impressive rookie from a season ago, Karl Anthony-Towns.

KAT won Rookie of the Year last year with one of the most impressive opening seasons for a first year player in NBA history. Let’s take a look at his ridiculous stat line from the 2015-2016 season.

The Kentucky product averaged 18 points per game a season ago while still shooting 54% from the field. Most rookies don’t do that. As a matter of fact, we haven’t seen rookie numbers from a big man like that since the likes of Shaq and Hakeem Olajuwon. Towns has a chance to be a really special player offensively with those numbers as a rookie, and that’s not even all he does. KAT is a difference maker on the defensive end as well, as he averaged a very respectable 1.7 blocks per game, good for 6th in the NBA. Some players need a few years in the league to establish themselves as reliable rim protectors, such as Andrew Bogut. Towns does not, as his numbers will only improve as his career continues and as he learns the ins and outs of the NBA speed. That’s not even all he does on the defensive end, either, as the big man is athletic enough to be effective switching in the pick-and-roll.

The next second-year player I will be taking a look at is also a player from Kentucky. Devin Booker had a really impressive year a season ago for a bad Suns team and proved that he is much more than a standout spot-up shooter. Booker was forced into a role as point guard as a rookie, with injuries to both Brandon Knight and Eric Bledsoe. Though many scouts simply saw Booker as a standstill 2-guard, he showed playmaking ability off the dribble. He showed a nice array of moves to get to the basket and looked comfortable as the primary ball-handler in the pick-and-roll, a crucial skill for any guard.

Booker didn’t even shoot all that well as a rookie, either, with him hitting at a 34% clip (which, scarily enough, is the same as Towns). Once the Suns get accustomed to having their players healthy and their new rookies in Dragan Bender and Marquese Chriss assimilated to the NBA game, it will open up the floor more for Booker, and an uptick in his three point shooting will probably follow. Also, he is off to a blazing start this year, with back-to-back games with 38 and 39 points respectively. If he can figure out how to play NBA level defense, Booker can be a key piece to a title contender.

In my next NBA Heat Check, I will take a look at another pair of rookies from last year’s draft.