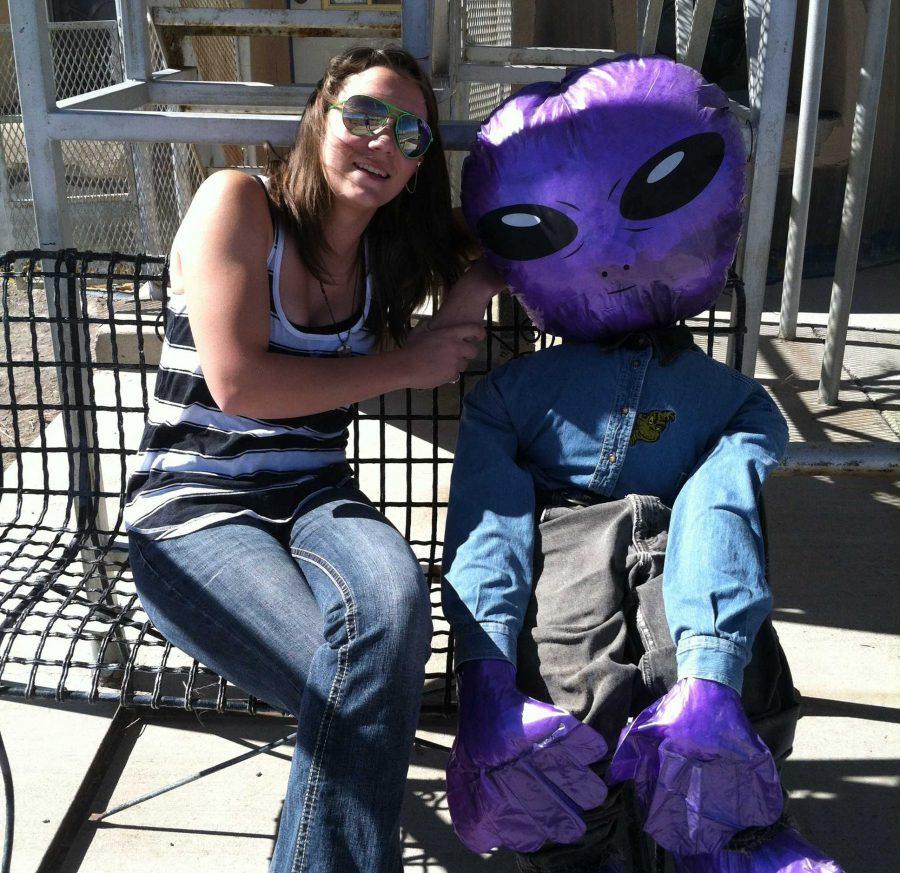 My dad’s side of the family is from Alamosa, Colorado. For those who don’t know Alamosa, it’s in the southern part of the state in the San Luis Valley.

For years, we would always drive straight through the valley and never stop to see all the odd things on the side of the road. Well, a few years ago, my mom, cousin and I stopped at the UFO Watchtower near the northern part of the valley, and we were not disappointed.

We were met at the watchtower by Judy Messoline, who is the owner of the watchtower. It is just this little, domed building with scaffolding on top of it about 10 feet off the ground. Not the biggest site ever, but what surrounded the building took our breath away.

Judy explained to us that there are two force fields that rotate opposite directions. After that, she kind of lost us, but she did say that if you left an item within the force fields, the power of the force fields would follow you after you left. Now, do I know what the force fields do? Not one bit, but my cousin and I scrammed to the car to find whatever we could to leave behind. We found a couple bobby pins and a pen and called it good. The force is now with us. The crazy part is what other people had left. There was everything from bikini tops to cell phones to Tupperware. Literally, anything a person could leave behind, they did.

When we went inside the dome, it was an alien museum. She had posters of supposed sightings and pictures of past alien watchers who had stopped by the property. Judy then went on to show us this notebook she had been collecting since she opened. It was full of people who wrote their experiences of being abducted and even some people who believed they could speak alien and wrote their testament in a completely unknown language made of symbols. As corny and ridiculous as this place is, the couple hours we spent there were fun.

If you’re in the area, I highly recommend stopping by. It is something that so many people drive past, but they miss out on the mystery that has always surrounded aliens. It is a great time for all ages. If we were snobby teenagers at the time and thought it was cool, it must be cool.

If you do stop by, it is $2.00 a person or $5.00 a car, definitely something to do on a tight budget. They are now on winter hours, which only has them open on the weekends from 10 AM to 4 PM. If you wanted to stay the night and camp out to see these aliens, it is $10.00 a night. Judy is also the owner of GG’s Bed and Breakfast, which is located right next to the watchtower. To stay there it is only $85.00 a night.

Judy is also the author of “That Crazy Lady Down the Road.” My mom read it and said she is crazy but it was a good read. I honestly like Judy; she was quirky and fun.

The UFO watchtower is an odd place to go, but it is still a memory that I am very fond of and hopefully I will go back to see it all again one day very soon.

Collegian writer and Blogs Assistant Editor Katelyn Mitchell can be reached at blogs@collegian.com or on Twitter at @mitch_kate_1. Leave a comment!