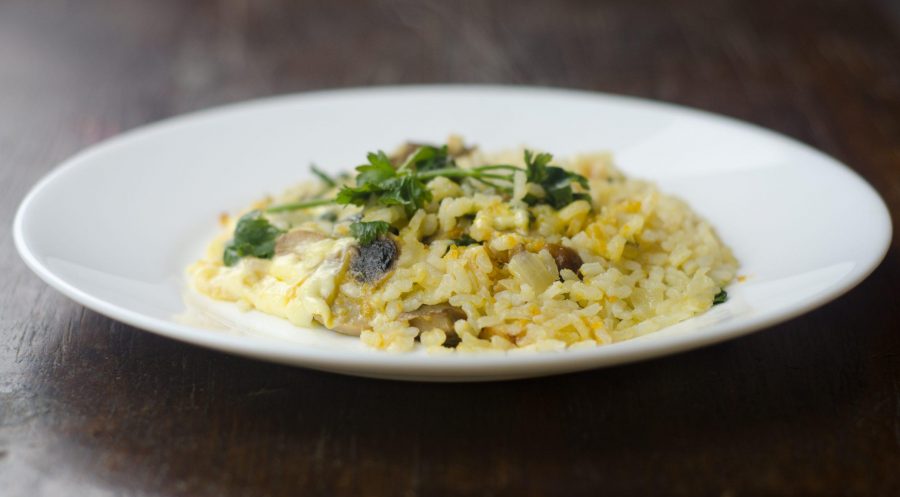 On Wednesday, Eric Addelson, a senior engineer major, found himself in an awkward situation on a first date that ended in wasted creamy rice and humiliation.

After many weeks of wandering through the minefield of Tinder, Addelson stumbled across a woman he described as “a 9 in the face and an 8 overall” and immediately made a move. After exchanging 37 words, Addelson knew they had something special.

Addelson brought his date to an Italian restaurant his roommate’s girlfriend said was okay.

During the appetizers, he found his date to be intimidatingly intelligent and worldly. When the waiter asked if the pair was prepared to order, Addelson panicked and ordered what he thought looked like the most sophisticated menu item.

While waiting for the dish, Addelson shared that he despises rice. His date looked confused and asked him why he ordered a plate of it for dinner.

Knowing that his date could see that he was a fraud and a liar, Addelson couldn’t take the shame and left, leaving his date alone at the okayish restaurant.

Addelson is currently hiding in an unknown location.

Please follow Seriously for more updates on the situation.