Nataleah and the Nation: Syrian Refugees 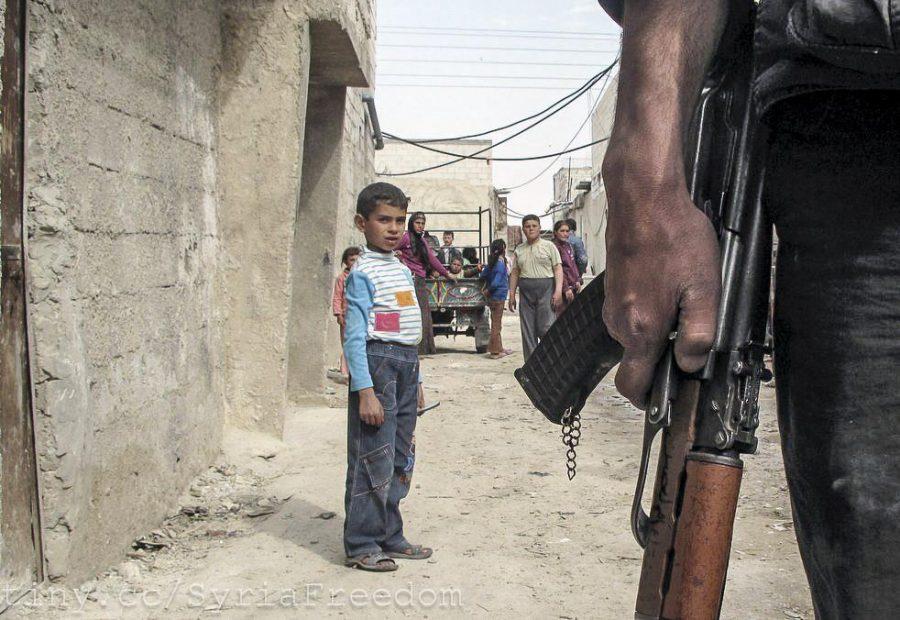 He is running, but he can’t seem to escape the white dust. It fills the air and surrounds him, embraces him, sticks to his clothes and hair. Home, where his mother taught him to read, his father taught him their religion, his sister taught him arithmetic, his grandma told him happy stories and his grandfather taught him about the war, this place of comfort is now destroyed. The soot in his lungs is all that is left of the four walls he once claimed as his own.

He is running, but where can he go? A young boy from Aleppo. A dark, Muslim body underneath a global microscope. A face projected on CNN. The reason the blonde news anchor sheds a tear on national television. A nameless, bloody face, a young Syrian refugee. Where can he go? Who will take in a young body that represents everything they are afraid of? You know nothing about him, but you assume you know what he is capable of.

He is an icon, but he never asked for fame. He is suddenly part of a global crisis, an international conversation that he was never invited to. He is a symbol of freedom and oppression, the West and the East, humanitarianism and hatred, peace and violence. He is caught in the middle of a dichotomy, a struggle that no child should have to face on their own. He stands behind the shoulder of a spokesperson but is never asked to share his story.

He is an icon, but unlike other world figures, few have a place for him to stay. A face with so much screen time. The repercussions of terrorism look good on film. That will show them! Look at the beauty, power, and purity of the West. We don’t raise terrorists, we fight them. We are winning. But where will he stay? Who will open their borders, their homes, their schools, their hearts, their minds to a child that is the victim of oppression? A city cloaked in dust helps our political agenda. Keep the war on the other side of the river, the sea, the ocean. Show us your face, but don’t force us to help you.

He is human, but you reduce him to a poisoned food. A bag full of peanuts–but what if ten are poisoned? A bowl full of Skittles–why didn’t the company mark the ones that are dangerous? You are afraid, it is understandable. Fifteen years ago, twin skyscrapers fell. Bombs during marathons, bombs in our pipes, murderers in our nightclubs. You have reason to be afraid. But you are not the only one with things to worry about. You are not the only target. He is a target as well. His country, his home, and his body have become the landscape for political unrest. The two of you share a common enemy.

He is human, he is complex and fragile. But he is viewed as a small grey body among a sea of bodies. His humanity has been forgotten. And is this how democracy tastes when it is spoon fed at the end of a rifle? Is this how love feels when your religion and your people are deemed as dangerous and threatening? Help restrained by fear seems more like apathy. He is forgettable if he is a contained threat. You are up in arms when you hear his story, but you forget his existence at the end of a news cycle.

He is running, but he has no place to go. He is an icon with few of the privileges. He is human, but we seem to have forgotten.

*Inspired from viewing an image of a young Syrian refugee on the streets of Aleppo.