BeerMe: Pumpkin is a Fruit 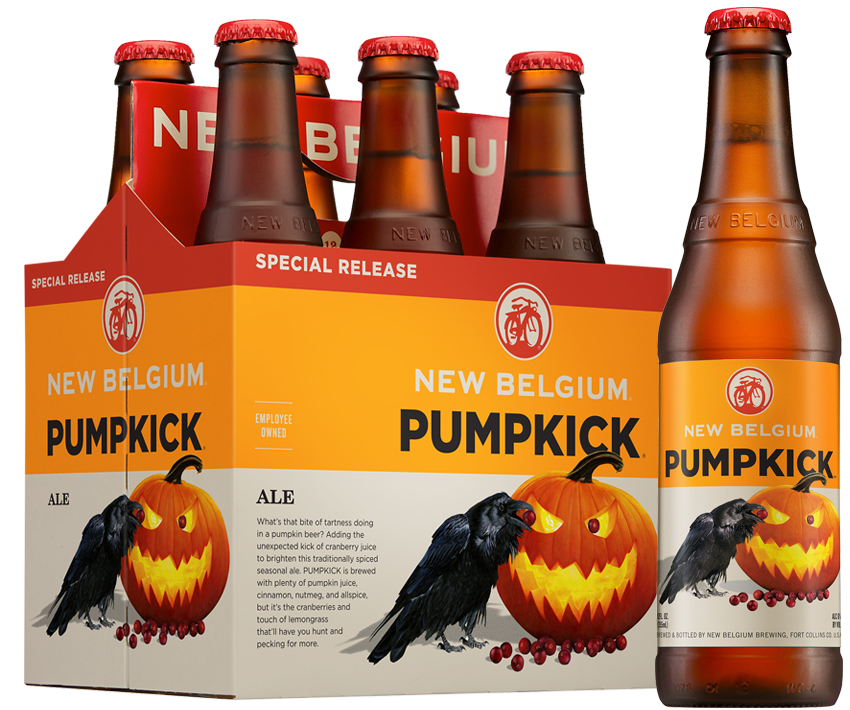 We have all heard that song at some point in our lives, but I bet you didn’t know that those colonies were the first to use pumpkin to create beer. Why? Because they didn’t want to pay a fortune to import malted barley from England, so they did it the American way and found another option, pumpkin.

Now I can’t imagine that these colonials would ever think that pumpkin beer would become such a popular trend in the craft beer future. Heck, they didn’t even know they were creating craft beers. However, it is now a popular favorite and most of the time one either loves pumpkin beer or loathes it completely. I personally loved it and, for all you haters, pumpkin beer is here to stay.

Chris Lazzery, owner of local craft-centric liquor store “Craft Beer Cellar” came to our Beer 101 class and squashed any negative thoughts about pumpkin beer. We were given a flight of four different types of pumpkin-specific craft beers. These four beers were from multiple brewers all over the country, each having a bit of a different twist on the pumpkin brew, allowing for a larger audience of gourd beer drinkers. All the while, each beer was leaving the tingling feeling of fall on your taste buds.

Beer #1: The first beer was the New Belgium “Pumpkick”. This was a created with the idea of being a very drinkable beer, being light, clean and low on hops. It had tastes of multiple spices, including cinnamon, nutmeg and lemongrass. What is New Belgium’s secret to this special pumpkin beer? They added a touch of cranberry.

Beer #2 & #3: “Pumking” and “Warlock” are both pumpkin beers from the Southern Tier Brewing Co. This brewery uses over 8,000 or more pounds of pumpkin puree annually just for the Pumking alone. I found the Pumking to be a bit stronger in taste, but the enjoyable sweet smell of pie crust will hit your nose right before you take the first sip. I, personally, thought this beer would be great with any Thanksgiving feast, and one fellow Beer 101 classmate said, “I feel like I am drinking a candle”.

Southern Tier’s other fall beer, the Warlock, was a bit darker and had an ABV level 2% higher than the Pumking. However, the Warlock was a bit sweeter than the Pumking. It was an imperial stout, so a bit thicker in taste, with aromas of coffee, chocolate and pumpkin pie all brewed into one. Lazzery recommended that we mix the two beers together, as they were complementary tastes, and it was a mix that I will be having with my dessert this Thanksgiving.

Beer #4: The final beer was titled “Dark O’ The Moon,” being a full-bodied stout made with pumpkin seeds, pumpkin flesh and cinnamon. It was created by Dick Cantwell when he was at the Elysian Brewing Company in Seattle, Washington. It was a nice and creamy beer with a large amount of cinnamon and a bit of bittersweet chocolate. Yummy!

So what did I learn from these four beers? The colonials were smart – pumpkin is a fruit and people shouldn’t be intimidated by pumpkin beer.