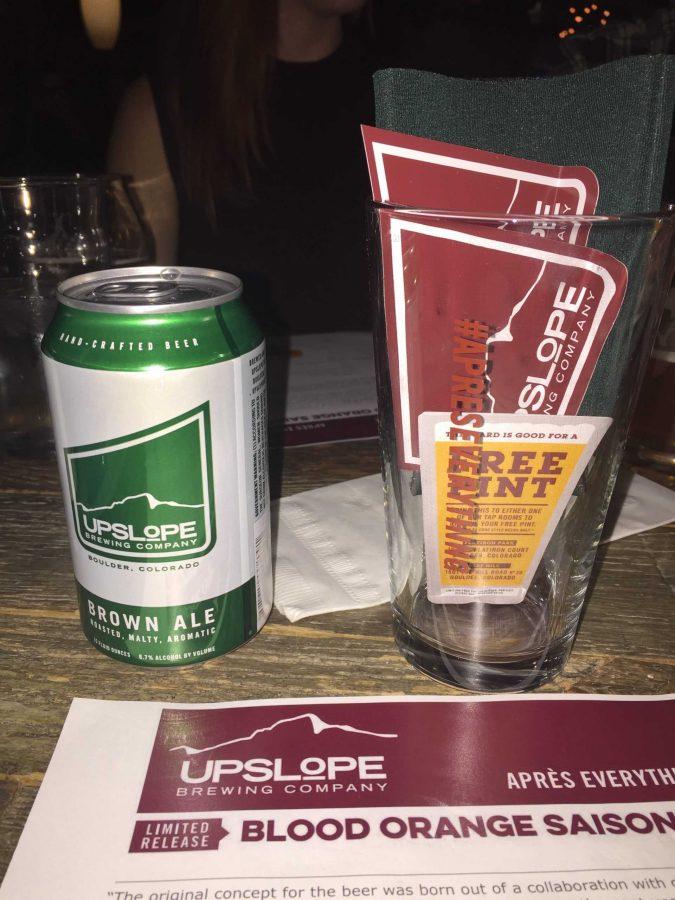 “Apres everything,” the motto for Upslope Brewing Company, means to enjoy something after working hard. Based out of Boulder, (don’t worry, they all like Fort Collins too) founders Matt, Dany and Henry have created their entire masterpiece off of this idea. All three being the outdoorsy type, they wanted to create a beer that could be taken on any adventure.

Elan, who was a Colorado State graduate (Go Rams!) was our Beer 101 representative from Upslope. He brought along a limited release Blood Orange Saison.

“I’m excited to showcase this hop variety, paired with such an intricate and interesting yeast strain. The pink peppercorns and blood oranges amplify the spicy and dry Saison character, giving us a wonderful bouquet of flavors,” said Sam Scruby, the head brewer at Upslope.

Now, you may be thinking what I’m thinking… what the hell are pink peppercorns? I ended up getting some insight on these mysterious pink peppercorns, finding out they are of great importance to the beer, being a dried berry fruit from a Peruvian pepper tree in Brazil. The peppercorns have a slight relation to cashews, but Upslope has done extensive research to ensure that nut allergy patrons are still able to enjoy this beer. They look like the little berries from the inside of a pomegranate and make the taste of the beer brilliant.

This Saison was easy to drink with a raspberry taste. Saison, meaning season in french, were created in the french-speaking region of Belgium. Originally brewed in farmhouses during the cooler months and to be enjoyed during the summer, they tend to be a milder option, with a lower ABV between 3-5%. Nowadays, they tend to be released during fall with light bodies and spicy and/or fruity flavors. They are an enjoyable dry drink, leaving you wanting more.

Upslope representative Elan made this experience different from previous Beer Me classes because he included trivia. The first question was to name one of the original founders. I blurted out Matt’s name on accident, which caused me to then be required to raise my hand and say another OG’s name. I guessed Henry’s name right and got a super soft Upslope t-shirt. In the end, everyone walked away with an Upslope pint glass and a new friend in Elan, which also resulted in a group selfie!

Even though us Rams don’t like Boulder too much, I will make a trip down soon to go to one of their tap bars. We were also able to try Upslope’s Brown Ale, which won a silver medal at The Great American Beer Fest in Denver earlier this month. That is a huge honor, especially for a company that is relatively young in the beer world, because hundreds of beers are submitted and only a few win. Hats off to you, Upslope, and next time I head out for an outdoor adventure, I will plan on having one of your cans with me.