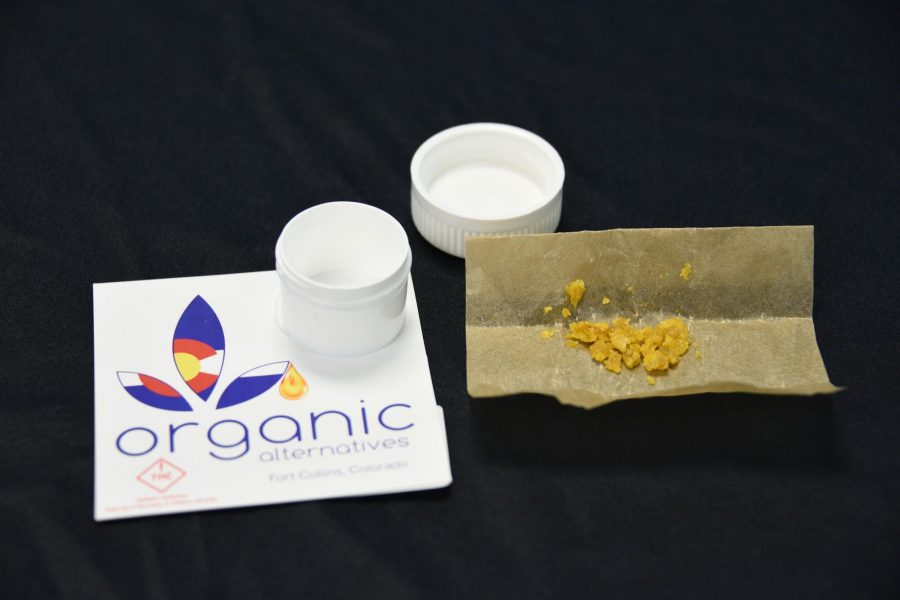 Hello everybody, and welcome to the first installment of Puffin’ with Paul.

You may recall an earlier article from the 4/20 edition of last year’s paper where the last Roastin’ with Rick and the first Puffin’ with Paul took place. In that edition, I reviewed the BC Mango Honeycomb Wax from Organic Alternatives, which featured a tested average of 63.04% THC. This time, I bring you a different form of concentrate: sugar wax. The strain under review: White Killer Chem. While I would still like to see a bit more potency from these concentrates, the White Killer Chem improved in the potency department, testing at 66.59% THC.

To start, the White Killer Chem is a singular strain available in a concentrate or flower at Organic Alternatives. The interesting part is the genetic lineage of this strain; aptly named ‘The White’ because, during flowering, the buds look as if they are covered in white dust. Upon closer inspection, these buds look dipped in a full layer of trichomes thanks to this strain’s strong genetics. The White is then cross-bred with a plant I suspect to be Killer Chem OG. This genetic mix leaves the user with an experience that is not dominated by sativa or indica, but is rather shared amongst the two – total harmony and bliss.

The sweet and piney scent is very earthy and reminds me of the smell of soil. The sugar wax had a soft and crumbly texture when warmed up to room temperature. I like to store my concentrates in the fridge, and this stable concentrate will definitely need a few minutes to warm up if you store yours in the same spot.

A light golden-brown color throughout the concentrate not only looked delicious, it was delicious. The taste of this sugar wax consisted of some very sweet, earthy tones. There was a strong presence of OG terpenes, which tastes somewhat like the smell of fresh soil – hence the ‘earthy’ tones. I feel as if the OG taste came from the Killer Chem strain. There was also a tinge of melon fruit. To complement the smell of the sugar wax, a bit of that pine tree smell came through in the taste, becoming more noticeable after a few minutes.

I used Kind Creations’ Oil drum k-unit rig, fitted with a 14mm female sugar cube quartz banger and a terp trunk carb-cap to direct airflow and allow for the best flavor. The small size of the rig combined with its effortless function allowed for an extremely flavorful and savory experience.

I felt mostly relaxed with somewhat of a body buzz, without the common drowsiness hybrid marijuana products can often produce. I also took to the fact that this concentrate did not result in the immediate, and sometimes overwhelming, head-rush that often times accompanies concentrates.

I absolutely would recommend picking up this sugar wax, and it comes out to $52.82 after taxes. It deserves at least eight out of 10 leaves for its smoke-ability throughout the day without tiring one out as well as its strong flavor profile that will keep you seeking more.

Thank you for reading, and I hope you enjoyed this edition of Puffin’ with Paul. Look out for the next installment on collegian.com and in the Collegian soon.

This column is sponsored by Organic Alternatives & Kind Creations.

Collegian Marijuana Critic Paul Kolinski can be reached online at blogs@collegian.com or on Twitter @paulkolinski.