Nataleah and the Nation: How the fashion industry has failed the American woman 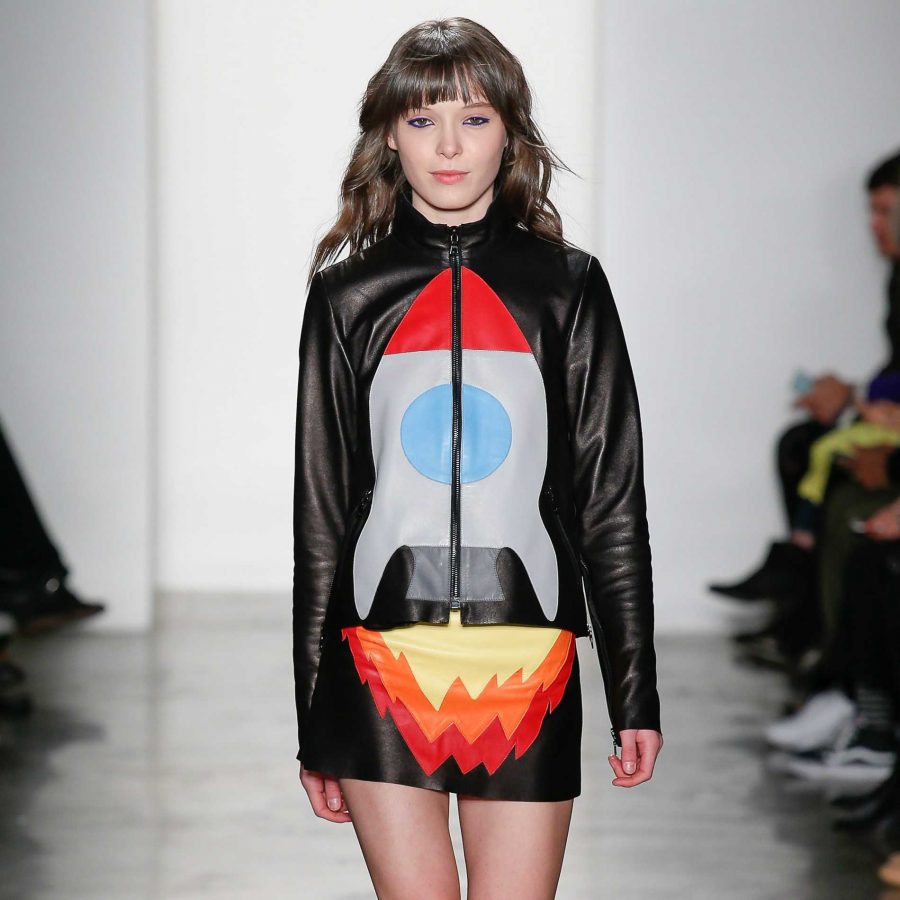 Last week, Ralph Lauren, Vera Wang, and Kanye West paraded wearable artwork on the streets of New York City. It was Fashion Week, and the biggest names in the industry were there to revel in the excitement.

Designers from across the globe came to the Big Apple to parade the latest couture, high-end and ready-to-wear fashions. Men and women flooded the city to get a glimpse of the next big thing, admire their favorite designers and give expert (or amateur) critiques on the season’s most outlandish and understated pieces.

Design educator and Project Runway mentor, Tim Gunn, was among the masses that crowded NYC in search of the next big thing. Yet, when looking for inspiration, Gunn found under-representation. In his article for The Washington Post, Gunn wrote that “far more women in this country wear a size 16 than a size 6, but the industry seems not to have noticed.”

According to Gunn, the 100 million plus-sized women in America have increased their spending to $20.4 billion (a 17% increase since 2013) on fashion in the past three years, compared to their “straight-size counterparts.” However, designers have failed to embrace this blossoming business opportunity. Many have even spoken out with disdain at the thought of plus-sized women modeling their clothing.

In 2009, Karl Lagerfeld, head designer at Chanel, stated, “‘No one wants to see curvy women’ on the runway.”

However, Gunn wrote that the industry should stop ignoring the needs of the American woman. Stores like Nike and Abercrombie and Fitch provide incredibly limited offerings to plus-sized women. Notably, Abercrombie sells nothing above a size 10. Gunn also stated that only 16% of the clothing options on JC Penney’s website were plus-size.

If women are looking for comfortable, affordable, and fashionable clothing, they have limited options. Gunn wrote that Lane Bryant is his go-to recommendation for plus-sized women. He also praised ModCloth for doubling their plus-size offerings. However, stylish options like these are few and far-between.

The fact of the matter is that the ideal model figure is difficult to find in the public sector. There are far more women who can fit into sizes 8, 10, 16, and 2XL than 0 and 2. The model figure that was cultivated in post-World War II Europe still dominates the runway. According to the book by Shawn Levy, “Ready, Steady, Go!”, models that commanded the London fashion scene during the 1960s had slender figures and could wear almost anything because they had survived post-war rationing, were addicted to LSD, and partied incessantly.

Despite the large lifestyle difference between post-war women and modern American women, these thinner models are still viewed as ideal artistic muses, even though the current American landscape is much different than Europe fifty years ago.

During fashion week, we are constantly bombarded with images of the ideal female body. We are presented with clothing options that look majestic on a size-2 figure, yet fail to complement a medium, large, or plus-size build.

If the majority of American women are not seven-foot glamazons, as Gunn puts it, then why do designers fail to create a range of clothing options for their diverse clientele? Why are plus-sized women often ignored? According to Gunn, designers “say the plus-size woman is complicated, different and difficult, that no two size 16s are alike.”

Why should it matter that no two size 16s are alike? When have designers ever backed away from being edgy, trend-setting and challenging? Why is it so difficult to design a line of clothing that compliments and accentuates a full female figure?

Although the answers to these questions will vary from designer to designer, it is important to understand that this problem can be solved. A creative designer should look at this market void as a strategic business opportunity. Plus-size women want to spend more on fashion, but they have been disappointed by their options.

“Style is a way to say who you are without having to speak,” Rachel Zoe once said. By failing to provide suitable options for plus-size consumers, the fashion industry has robbed many women of this means of communication.

To solve this problem, it is important that the fashion industry provides stylish options for all women. This has been an issue for too long. It is time that the fashion world begins designing clothing that empowers its entire customer base, instead of a select few.