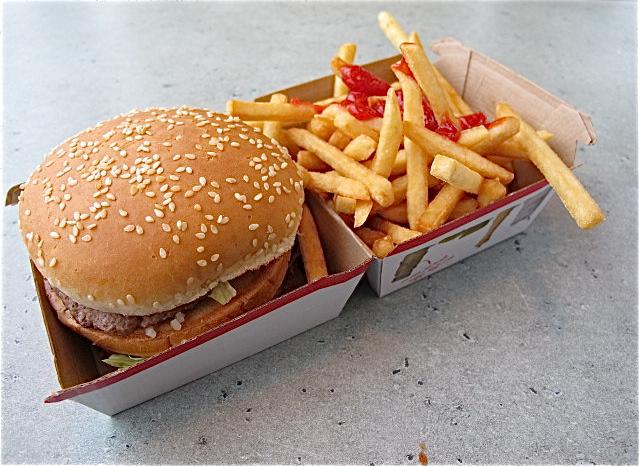 Have you ever heard that Taco Bell’s seasoned beef is only 33 percent meat?

How about that burgers at popular fast food chains don’t spoil?

These are all common claims on the Internet about fast food, apparent through a quick Google search. While it is a lot of fun to buy into the hype around whether or not McDonald’s milkshakes are made from pig fat, a lot of these myth are just that … myths.

Here are the top five misconceptions you may still have about fast food:

Salads are always a healthy option:

When you hear the word salad, the first thought that pops up in your mind is most likely “healthy,” right?

Well, while vegetables are a great way of eating clean, the amounts of cheese, dressing, meats or other seasonings makes this choice just as unhealthy as other menu items. The high calorie count comes about because the salads have a lot more sodium, fat and sugar compared to if you would’ve just made your own at home.

How many of you have seen the video of molten metal being poured on a Big Mac?

Well, while it may seem like the famous fast food staple is indestructible, it is not. If you were to purchase a burger and leave it out, it would become very dry and then slowly but surely rot, just like any other burgers you’ve seen. The burger just seemed like it was indestructible thanks to the Leidenfrost effect.

While a sit-down restaurant might have a larger variety of healthy options, there is still the chance that you are actually consuming more calories than just going through the drive through.

Depending on what you order, there is the chance of you actually consuming an entire day’s worth of calories in just one sitting. To avoid that, just try to pay attention to what is in your meal.

Many people think foods like eggs can come pre-made just because of the shape.

McDonald’s is a great example of this. While eating their Egg McMuffin, have you ever wondered how they got their egg patty so round? It’s not because it came from another place. The eggs are actually cooked right there, they just use a mold to make it.

Dangerous chemicals are in your meal:

This myth mostly targets meats, and for a good reason. Food franchises like Taco Bell and Arby’s are accused of not even serving meat. While this can be somewhat accurate for Taco Bell, they give you meat but about 12 percent is filler. Arby’s meat is not a gel that gets cooked to look like meat. It does come in a sauce meant to baste it, but it is actual beef.

These are just some of the few misconceptions we tend to have about the fast food. While some of it is true, there are a large majority of beliefs that are simply untrue.

If the idea of these potential rumors grosses you out, do not worry, you don’t have to give up fast food (unless you want to). The best way to avoid wasting money on something super unhealthy is to cook at home. Even with fresh, higher-branded ingredients being used, you will be paying less and have more. If you are in the mood for your favorite fast-food chain, however, just research what you are ordering and use terms such as “fresh” to ensure you are getting what you want.