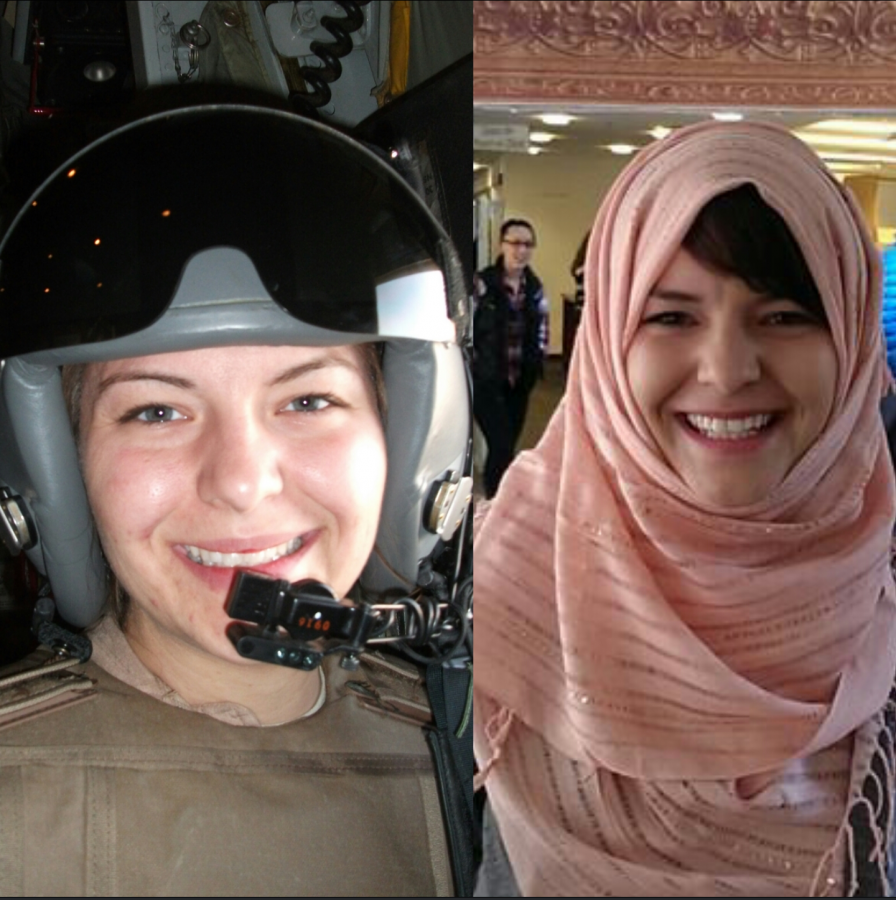 Have you ever had an experience that hit you so hard it made you question everything you had ever learned or believed about something?

That was me six years ago as I stood on the ramp’s edge of a C-130 in Afghanistan, marshaling in a Humvee that carried a single body: a 26-year-old US soldier who had been killed the night before after an RPG struck his patrol vehicle. As I stood at attention slowly saluting our fallen comrade while four of his friends carried him into the back of the airplane, I couldn’t help but ask myself, “Why are we still here? Is any of this making a positive difference? Are we really making our nation any safer?”

I was 20 years old. It was my first experience with mortality, my second of four deployments to the region, and an experience that marked the beginning of an education that has completely changed my world view.

Like many Americans, I received a lot of my knowledge about the wars in Iraq and Afghanistan, Islam, and Muslims through the horror stories making headlines in the news over the last several years. Prior to 9/11, I had never even heard the words “terrorism” or “terrorist”. After 9/11, these words dominated the media and they, as well as a lot of other rhetoric, profoundly shaped what I believed about the region and the people that lived there.

After having served in the Middle East and Afghanistan, studying Political Science and Arabic, participating in the Muslim Student Association as a non-Muslim, and interacting with CSU’s diverse international student population, I have come to know that most of what people believe about the source of the conflicts in the region, about Islam, and about Muslims is completely incorrect.

For many of you this is old news. But, in light of the recent terrorist attacks in Belgium and the increased use of anti-Muslim rhetoric within the media, I feel compelled to speak on the issue because I am deeply concerned about the impact it is having on our country, countries around the world and even our community right here in the Fort Collins.

Over spring break I read a very upsetting Facebook post from a friend of mine who is an international student here at CSU from Saudi Arabia. He began his post by mentioning that while he was at a party not that long ago someone had asked him if he had ever experienced any discrimination or racism while being here and he replied, “Never–absolutely not. People here are so nice.”

He then went on to say, “However; that view changed last night while I was out in a public place with some friends. I was (minding) my own business and this white guy in his twenties came over to me and tried to hit me. I tried to defend myself…he was trying again and screaming ‘Terrorist! Get out of here!’” My friend followed up his post by saying that what was even more shocking than this guy trying to hit him, was that none of the bystanders did anything to interject or stop it.

While reading this post, I had flash backs of what America was like after 9/11 when we were gearing up for war, and hatred and fear were circulating all throughout our country. It saddens me that after all this time people are still discriminating against entire groups of people based on the actions of a few groups of extremists. It saddens me that I had to listen to three Muslim-Americans educating listeners about their religion and what kind of people they are on NPR last weekend.

How many Christians feel the need to explain themselves and their religion after the members of Westboro Baptist Church show up and protest a veteran’s funeral?

I want to set something straight right now. Not every Afghan is in the Taliban. Not every Arab is a terrorist. Not every Muslim is an extremist. And Islam does not hate us.

I know that the media, some of our politicians, and fearful-uneducated-inexperienced people would have you believe otherwise, but they are wrong. I used to rely on them for information, but after seeing a young man’s life cut short I needed more than oversimplified explanations for why we were at war, and in the process of seeking those answers I learned a far more valuable lesson.

I turned to the local Afghans working on base for their inside perspective even though I had been taught to fear them. I asked them about the history of their country, their opinions on the war, and their experiences with living under Taliban rule. But I also learned their names and their family members’ names. I learned how to say hello, please, and thank you in their language. I asked them about their religion, their culture, and their day to day lives.

In the end, they weren’t like the terrorists we were fighting at all. If anything they were more like me. Of course we identified with different religions and cultures, but they were just normal people, working and trying to support their families amid war in their country, hoping for a better future and a better life.

I am glad that I got to know them. I was wrong to ever allow others to form my opinions and shape what I believed in the first place, and I am so thankful that I had an experience powerful enough to knock me off the path of ignorance that I was on.

Don’t be afraid to get out in the world and learn for yourself. Let your curiosity overcome your fear of the unknown, because it is far scarier to go on living a life of ignorance.