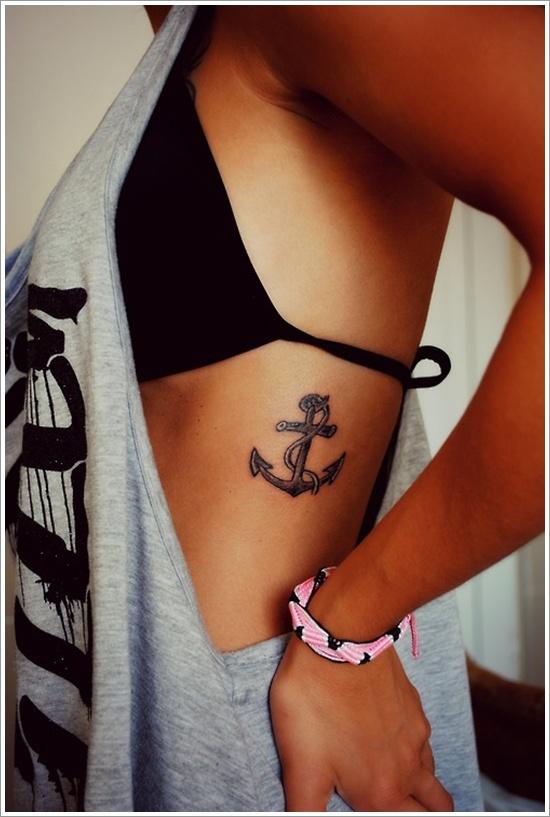 There is definitely a stigma in the tattoo world of getting a “white girl tattoo.”

Anchors, feathers, swallows, any quotes written in cursive (whether it be biblical, personal or from a song), or anything to do with an infinity sign are almost taboo because of how mainstream they have become (weird, right?)

Personally, I hate how we look down on women for following trends. So, in order to attempt to de-stigmatize many styles such as these, I’ve decided to look deeper into some trends in the alternative world that have been deemed too “main stream” by our growingly cynical society. I’m going to look into how the trend started, what the common meanings for the tattoos are, and possibly pinpoint why they have struck a chord with our society.

This week’s trend is the anchor tattoo, and not the one that popeye has. When I think of anchors, I think of pirates and ye olde sailin’ crew. However, there are lots of people that see anchors and think stability, control and consistency. There are lots of meanings to anchors and I was surprised to see the depth when I looked into them.

“The Anchor itself has been around since the time of the Sumerians in 2000 – 2500 B.C. It is one of oldest symbols used in tattoos, with the first images being used during the early days of Christianity at a time when Christians were persecuted for their beliefs,” states iTattoo. “Many circumvented persecution and disguised their affiliations by wearing an anchor, which not only masked the symbol of the Cross, but also represented Jesus’ connection with the sea (several of his disciples were fishermen and he was also known to perform numerous miracles that involved marine elements). Indeed, the Anchor is a strong Christian symbol and is intricately woven throughout the Bible. It is also used as a representation of St. Clement of Rome, who was executed at sea by being tied to an anchor and thrown overboard.””According to some scholars, the Anchor also symbolizes the connection of Feminine and Masculine powers, with the crescent (the bottom half) of the anchor being the female element and the rod representing the male phallus. This ideology was commonly found in ancient Egypt, since the anchor is akin to the Ankh, the Egyptian symbol for Life.”

Common variations of the design include anchors with the words “Navy” or the Navy slogan, anchors with ropes or chains, anchors with an eagle and/or the globe, rose and anchors, anchors with hearts, tribal versions of anchors, celtic knot anchors, mermaid anchors, or popeye with anchors. The most popular meanings are enlightenment, salvation, protection, hope, honor, dedication, loyalty, security or stability.

“It wasn’t recognized as a proud calling card of sailors and servicemen until around the 1500s when it was adopted by the British Navy after a decisive victory over the Spanish naval fleet,” states iTattoo.

“In the early 1900s, Anchor tattoos were used to identify several generations of servicemen within a family, but the modernization of warfare has resulted in fewer family members enlisting in the military. As such, it is growing increasingly uncommon to see a grandfather, a father, and a son within the same family boasting their tats. Today, the soaring popularity of anchor tattoos outside the Service is due in part to celebrities like Ami James of NY Ink, who proudly display their works of art for all to see.”

Feeling like you could use some stability in these midterms? Hoping to remind yourself that there is more than this rough patch and hope on the other side? Why not get an anchor tattoo? Are you up for it? Let us know in the comments!!