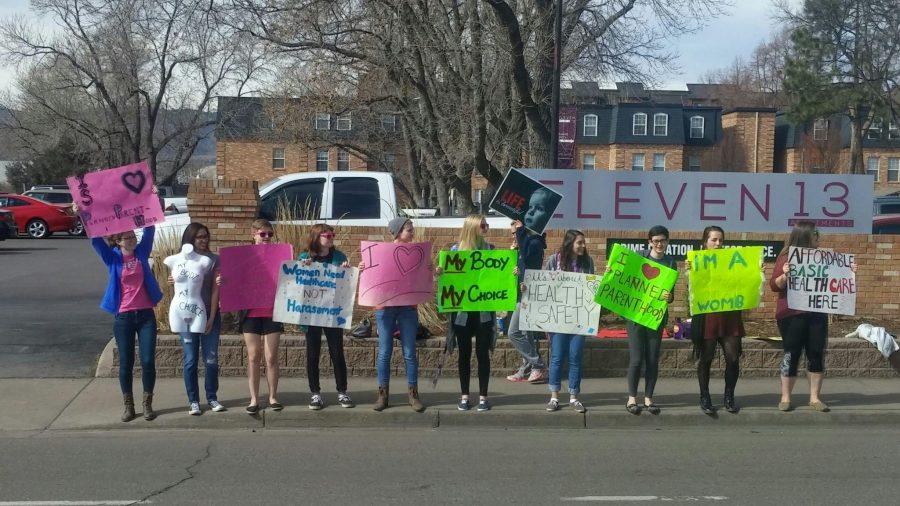 Is it just me, or is anyone else a little disturbed by the fact that in 2016, our Supreme Court is reviewing another case related to abortion?

I thought we cleared this up already with Roe v. Wade and Planned Parenthood v. Casey. I guess not, because Texas has implemented laws that have forced half of their Planned Parenthood clinics to shut down, making it difficult for women to access resources for their reproductive needs and now the fate of women’s rights are back in the hands of the Supreme Court.

Okay, so by now, you have already figured out where I stand on the issue of abortion, right? I must be pro-choice and now I am going to proceed by telling all the pro-lifers why they’re wrong and I’m right. Nope — not at all.

I am not going to waste another minute of anyone’s time returning to the same recurring argument that is absolutely counterproductive to achieving progress on either side. Instead, I want to touch on both sides of the issue and then transcend the point where we get hung up on our individual values. I will discuss how both sides can work together and attack some of the issues (not each other) that contribute to women’s decision to choose abortion in the first place.

While driving down Shields Street this weekend, I noticed the usual group of pro-lifers out on the sidewalk in front of Planned Parenthood, but to my surprise, pro-choicers had joined them. I decided to pull over and talk to some of the protesters and unexpectedly discovered that there were two CSU student organizations representing both the pro-life and pro-choice movements.

I began by asking Ellen Singel, the president of Students United for Reproductive Justice, why she and other members were out protesting that day. She said, “We are out here showing positive support for Planned Parenthood and also showing people that this is a safe place where they can go for their health care needs and their women’s-clinic needs.” She also confirmed that the Supreme Court’s review of the Whole Woman’s Health v. Hellerstedt case had heightened the group’s reason for demonstrating that day.

I then spoke to Emily Faulkner, vice president of Students for Life, as well as Maria Franceschi, secretary of Students for Life. According to Faulkner, “We’re out here today trying to support the pro-life movement and show people that abortion isn’t necessarily the right answer, and that there are always other options, and that life is beautiful.” Franceschi followed up by saying, “We are trying to make abortion not only not legal any more, but make it such that it is not thinkable.”

I closed by asking the two ladies if under any circumstances they supported women getting an abortion. Faulkner replied, “No, under no circumstances — not even rape or incest.” Franceschi added, “I feel like abortion in the case of rape really just makes two victims out of it. The mother has already been victimized — you don’t really need to victimize the baby. It’s not his or her fault that they’re there.”

Okay, now everyone take a deep breath, because I know that in the process of the three previous paragraphs some of you are ready to get sucked back into the usual debate. Here is where we all need to recognize something and then move on. We all have different values, beliefs and backgrounds, and no matter how convinced we are that we are right, someone else on the opposite side feels the exact same way. So maybe we should just skip the argument on the morality of abortion altogether and instead focus on some of the factors that lead to abortion.

Let’s begin by considering how challenging it is to have kids in the United States in the first place. We are the only developed nation that doesn’t guarantee paid maternity leave, we have extremely high child-care costs and women are making an average of 22 cents less for every dollar a man makes. Aside from the costs, our society places an overwhelming amount of shame on women for having premarital sex, getting pregnant young, being single mothers and using any kind of welfare or assistance.

We will not agree on everything, but if we want to continue down the path of the same argument, then I fully expect we will continue to see this issue circulate over and over in the courts and the outcome will always leave someone dissatisfied. My hope is that we will get past that and come up with solutions that actually make a difference for all of us.