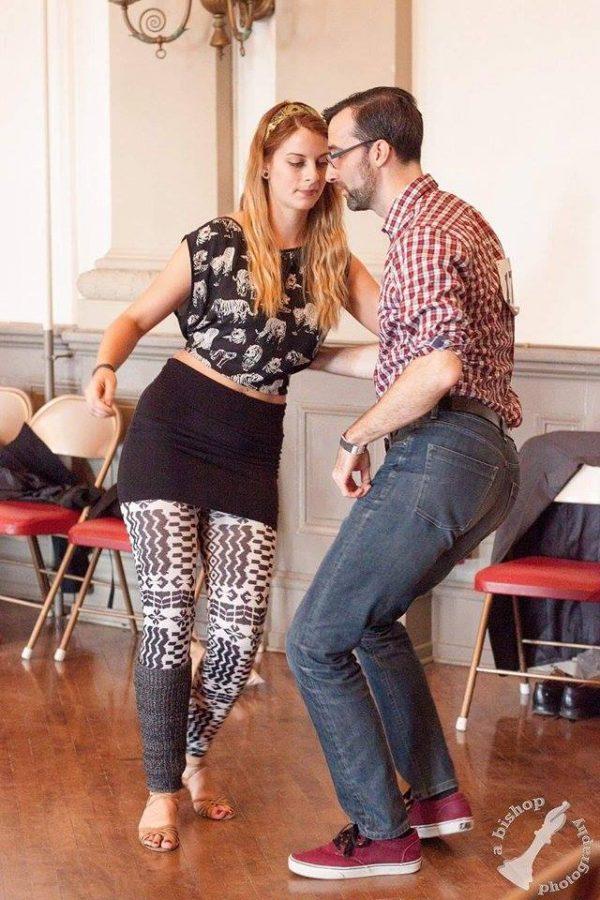 Julia Way has been dancing in Fort Collins for a total of nine years. She first started learning Lindy Hop, a type of swing dance developed in the ’20s and ’30s. She has been blues dancing for three years and is a member of the Rocky Mountain Blues Troopers practice and performance group. She has traveled to many dancing events around the United States and Europe. The last week in April, she will be participating in a week-long dancing workshop in South Carolina called the Blues Experiment. I asked her a few questions about the experiment and her experiences traveling.

Q: What exactly is the Blues Experiment?

A: The Blues Experiment is this event where you have to apply to it and then they select 30 people for each week. There are two different blues weeks. Thirty people to go to this giant house on the beach in North Carolina and work on their dancing for a week straight. So you have, like, two classes every day, and then social dances in the evening. I don’t know a whole lot more beyond that, but I applied last year and didn’t make it, and then I applied this year and made it to the more advanced week, which is really exciting. Although I’m, like, the very bottom person, because I was in the less advanced week and then they moved me up because someone dropped out.

Q: How are you feeling about it?

A: I’m feeling excited and a little bit nervous, but my partner is one of the instructors there, and so we’ve talked a lot about it and he’s kind of helped me figure out what it’s going to be like, and it’ll be really good to have him there so we can, like, talk through stuff. Because a lot of people — I know them, but they are not, like, my best friends, and that’s almost the biggest thing that I’m nervous for, is spending a week 30 really good dancers in a house. I feel like I might get overwhelmed. But you just don’t really know what’s going to happen until you do it. So I’m just going to do and try to get the most out of it.

Q: Is there a sense of gratification with competing?

A: I still have had very few experiences with competing that feel really gratifying. Like, one time, I made finals and that was really gratifying, but it was also really terrifying. Because I was so terrified, I didn’t do very well. I was like, “I’m really glad I made finals, but I also wish I was at the level to do really well at finals.” So I just keep doing it, and one of these days I’ll be good enough to pay off. It’s the kind of thing that you just have to keep trying if it’s something that you want to do.

Q: What is the experience of dancing abroad like?

A: I’ve mostly only blues danced abroad, and it’s interesting because blues is so American. Like, Lindy Hop has kind of transferred well into different countries and it’s, like, a big deal all over the world. But blues has this really specific history that comes from our American history, and it’s hard for people to grasp all of that in Europe, which is where I have been, and also it took a little while for blues as a social dance to make it over there. So the level of dancers is a little bit lower, and the scenes are a little bit smaller. I think that people have adapted really well to start dancing to blues.

What I love about dancing in Europe is that you get people from so many different countries coming together, that you get this awesome mix of culture and you can learn so much more, maybe not about dancing, but just about people in general from dancing over there.