Does the candidate you support stand for legalizing marijuana? 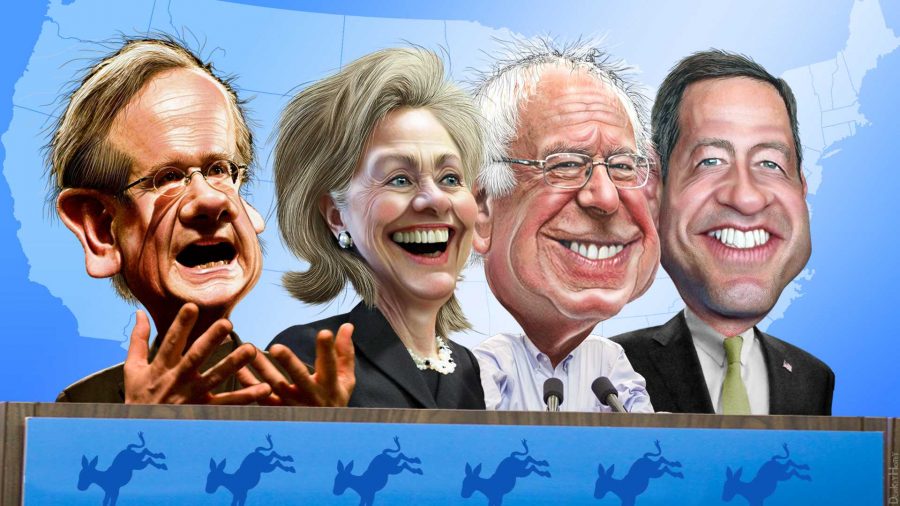 As America approaches the primaries there are four candidates in the lead with a shot at becoming the next president. As Donald Trump and Ted Cruz battle it out for the republican vote, Bernie Sanders and Hillary Clinton are confusing democrats all over the country, according to The Motley Fool.

Many considered Sanders to be a candidate just for show, while Clinton swept the floor and as she took the democratic vote. Now Americans everywhere are starting to see that with the power of a young group of voters, Sanders stands a chance.

Now stoners and medical marijuana patients are starting to wonder what will happen to state marijuana laws when a new president takes office.

Clinton’s support for marijuana has grown throughout her campaign but she is still unwilling to support federally reclassifying the drug. Initially, the candidate would not even take a stance on the issue, claiming she needs to see how marijuana markets in states like Colorado and California play out.

Even though medical marijuana has been legalized for almost 20 years in California, Clinton still believes she needs more information on the state level before she can declare her support for or against the drug.

On the other hand we have Sanders. A long time supporter of medical marijuana who argues that the War On Drugs is a massive waste of money and other resources. He has claimed that the incarceration rate of low-level offenders with possession tickets is outrageous and needs to be reconsidered.

If given the choice, Sanders would reclassify marijuana as a Schedule II drug. This would allow for more research on dosage and long term effects.

“We have 2.2 million people in jail today, more than any other country. And we’re spending $80 billion a year to lock people up. We need major changes in our criminal justice system — including changes in drug laws,” Sanders said in October at George Mason University.

Trump and Cruz take more conservative views, naturally. In the 1990’s Trump argued that America should be considering the legalization of marijuana because we are so clearly losing the war against it.

This position may sound similar to Sanders, his socialist opponent, however Trump has not said much on the matter throughout his campaign for president. He has announced his support for medical marijuana and has indicated that allowing it on state-by-state basis would work best.

Then you look at Cruz, who has criticized President Barack Obama for his lack of enforcing federal marijuana law. Although his overall support of the drug is clearly lacking, he has come a long way since that claim. During debates he has agreed that allowing states to make the decision for themselves is okay.

Overall, Sanders is clearly the candidate who shows the greatest amount of support for legal marijuana, and Cruz has the most conservative views on the matter. To read more about the candidates and their positions, read the full article.