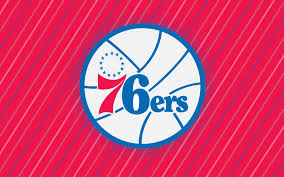 State of the Sixers, Part Two: how to get a superstar.

Yesterday, I went into detail about the major moves made by general manager Sam Hinkie and what “The Process” is all about. Today, I’ll share my opinion on all this tanking.

First of all, I love the idea. The only way to win a title in the NBA is to have a superstar and one or two really good players around him.

Let’s take a look at the past few NBA Champions, and their best couple of players:

All of these teams had at least one transcendent talent plus some crazy good players around them. The Sixers, at the time Hinkie took over, had nothing close to this. Jrue Holiday and … Evan Turner? Please, no. You won’t win a playoff series with that, let alone get to the finals. Sure, they would win more games than with what they have now, but they would lock themselves into about 40-45 wins a season, and cancel out any shot at a superstar. That’s what contending is all about — getting a superstar. There a few ways to go about this:

This is how the Heat got as good as they did and the credit is due to Pat Riley. He somehow went out and got LeBron James, the best player in the league at the time, and Chris Bosh, probably a top-three free agent that summer. In order to get superstars in free agency, however, you probably need a pretty good pitch. Riley had Miami, one of the favorite cities of many NBA players, and a star in Dwyane Wade. How did he get Wade, you ask? One of the other ways to get a superstar:

This is the easiest way to get a superstar, and at the same time, the hardest. It’s easy because the superstar doesn’t really have a choice, like in free agency or through a trade. It’s hard for a few reasons.

Second, even if there is a superstar (and many, including myself, think that there is one this year), you can’t have more than a 25-percent chance at landing the top guy.

Third, your team is usually pretty terrible if you have the first pick in the draft, and it’s hard to build around a superstar quickly. You could end up doing a poor job and having him leave (see LeBron James) or you could do a poor job, waste all your picks, make dumb trades and go nowhere with your superstar (see Anthony Davis). It’s hard enough to land a superstar, but a whole other challenge is building a competent team around him before he decides to leave.

I won’t spend too much time on this because it rarely happens and rarely works out. For example, the New York Knicks traded for Carmelo Anthony but gave up a ton of valuable picks and players, such as Timofey Mosgov, Danillo Gallinari and Wilson Chandler. The best way for a trade to work is to basically hope the opposing GM is a numbskull (Kobe Bryant for Vlade Divac) or trade for a player who is desperate to leave so the opposing team doesn’t have much leverage (Chris Paul). Either way, it is a rare scenario and can’t really be counted on to happen.

The most surefire way to get a superstar is the draft, and to try over and over and over again. That’s how the Thunder got to be so good even though they’re a small market with no appeal to free agents. That’s how the Sixers could get good, except they are also a big market so they could also chase free agents. And, what free agent wouldn’t want to come play with Jahlil Okafor, Joel Embiid, Dario Saric and maybe, just maybe, Ben Simmons?

So, yes, I think Sam Hinkie is doing a good job. With a chance at Simmons, their young talent and all their cap space, “The Process” is closer to completion than many might think. Until next time.