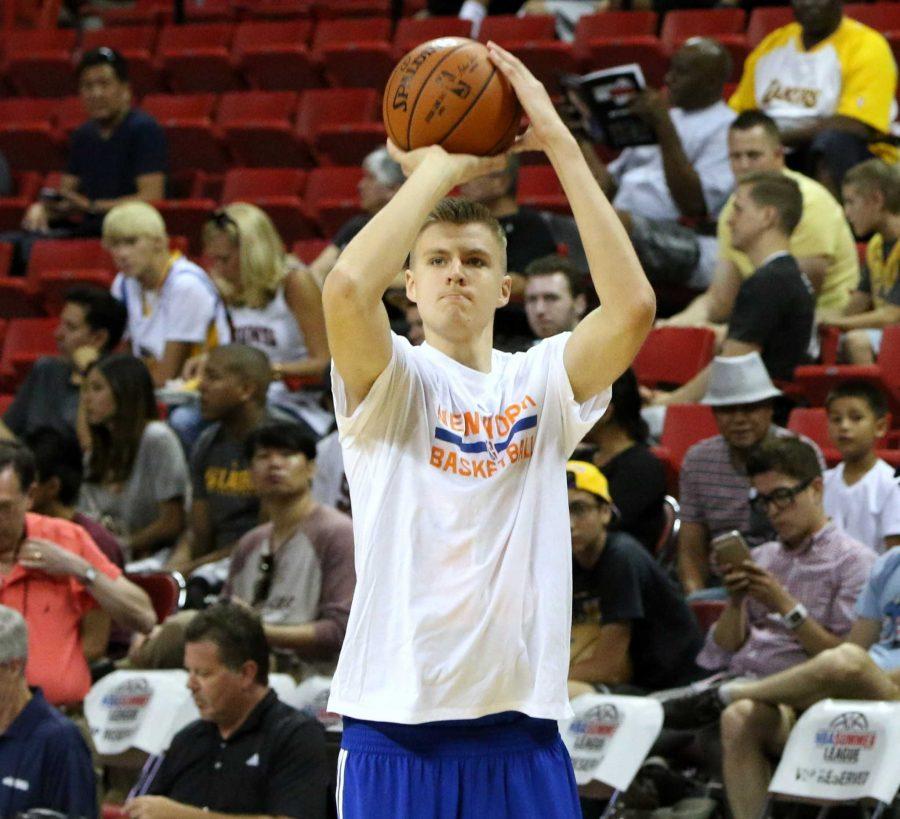 The Zinger: How Latvian rookie Kristaps Porzingis has taken the NBA by storm.

In one of the biggest stories this season outside of the Warriors historic start, Knicks rookie Kristaps Porzingis has busted the trend that almost all big men from Europe are busts (see Tskitishvili, Nikoloz). One way he has done this are plays like these.

These are amazing plays by a big man in his prime, and they’re being made by a skinny 20-year old. And, he does more than dunk.

Sure, it didn’t count. But, for a 7-foot-3-inch guy to be able to throw down AND sink threes? That is a franchise-changing player, and one the Knicks have desired since Patrick Ewing retired. But, scouts had a pretty good idea of how explosive an athlete and how fluid a shooter Porzingis is. What many were undecided on were his defensive capabilities. The Zinger is 8th in the league in blocks, averaging 2.0 per game. But, he brings more to the table than just rim protection. He is athletic enough to where he can hang with perimeter players in pick-and-roll situations, where the usage of a screen forces him to switch onto smaller and quicker players. His presence on defense also shows up in the analytical side of things.

Porzingy (yes, I realize I’m the only one who enjoys calling him that nickname, and, yes, I made it up four seconds ago) is a straight up baller, and is only going to get better. He could end up being the second best player on a championship team, and is perfect for the pace-and-space era. What that means is that the league is getting more focused on shooting threes (spacing the floor, or space) and speeding up the game with fast breaks, resulting in more possessions (pace). What makes Kristaps such a natural fit for this is his ability to shoot threes, and the athleticism to dive to the rim for a dunk (like Tyson Chandler did for the Mavs) through all the space created by shooters on the perimeter.

Once Porzingis beefs up and starts getting boards and establishes a better post game, he could very well end up being the best center in the NBA, and there is no better stage for him to do it than the classic Madison Square Garden. Until next time.