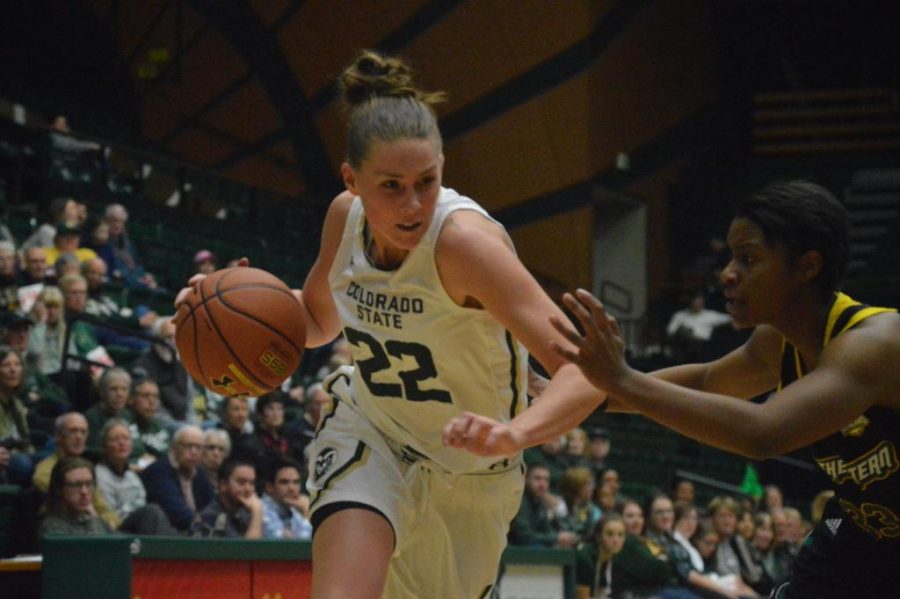 Lead once again by a smothering defense and consistent play from its bench players, the Colorado State women’s basketball team defeated Southeastern Louisiana 77-31.

After a somewhat sloppy first half, defensive pressure intensified in the final 20 minutes leading more efficient offensive possessions, allowing the Rams to pull away.

“The second half, once we got settled down defensively and got control of them, we were really good,” Head coach Ryun Williams said. “They had a hard time scoring over our length.”

It was a combination of defense and outstanding bench play that added to the lead in the second half. Freshman Jordyn Edwards and sophomore Callie Kaiser came off the bench to provide the spark that finished off the Lions. The two combined for 14 points and four rebounds while playing just 15 minutes apiece. More importantly, the duo wreaked havoc on the Lions offensive unit with constant on-ball pressure. They recorded five steals and created a plethora of other defensive takeaways.

“With that matchup with Callie (Kaiser) and Jo Jo (Edwards) up front, they’re really active,” Williams said. “They’ve got great instincts, they’re long. And they allowed us to play some of our bigger kids defensively.”

Edwards also noticed the chemistry that the duo is creating off the bench.

“Me and Callie, we have good chemistry going on,” Edwards said. “Personally, I love defense. I like getting any tips, deflections, and steals. I know Callie likes to do the same, so we feed off of each other.”

Having proven their worth along with other Rams bench players, Williams realizes the importance of getting them on the floor.

“Quite frankly, they’re kind of our most consistent bunch,” Williams said. “We’ve been getting up and down play from that top group, to be honest with you. (The bench) has been really consistent with their energy, I think they are becoming a weapon. That should equal extended play in my book.”

Not among the starters who played inconsistently was Ellen Nystrom, who stuffed the stat sheet with a game high 20 points, nine rebounds, four assists, three steals and one block. To add to the effort, all of that came in the first three quarters.

The always modest Nystrom focused on the importance of slowing down when the three-pointer isn’t falling.

“If we are struggling with the three ball, I think me and Elin can try to get to the foul line more to get those easy points and slow the game down,” Nystrom said. “Defensively, we have more instinctive players that can go after those steals. We work on defense a lot, but I still think we have details to work on.”

Despite the margin of victory, turnovers and the inability to make open shots limited the Rams. Their 20 turnovers were largely nullified by poor offensive execution from the Lions, but they present a problem that needs to be worked on before their Sunday matchup against a good Northern Colorado team.

“We were really loose with the basketball,” Williams said. “We have to play cleaner, we have to play smarter, and we have to shoot the ball better. Our two best shooters went one-for-eleven with some really nice opportunities. (Northern Colorado) shoots it well, they pass well. It will be a huge challenge, and our kids don’t know that yet. But this game is a huge, huge test for us.”

The Rams finish up their three-game home stand on Sunday against UNC at 2 p.m.