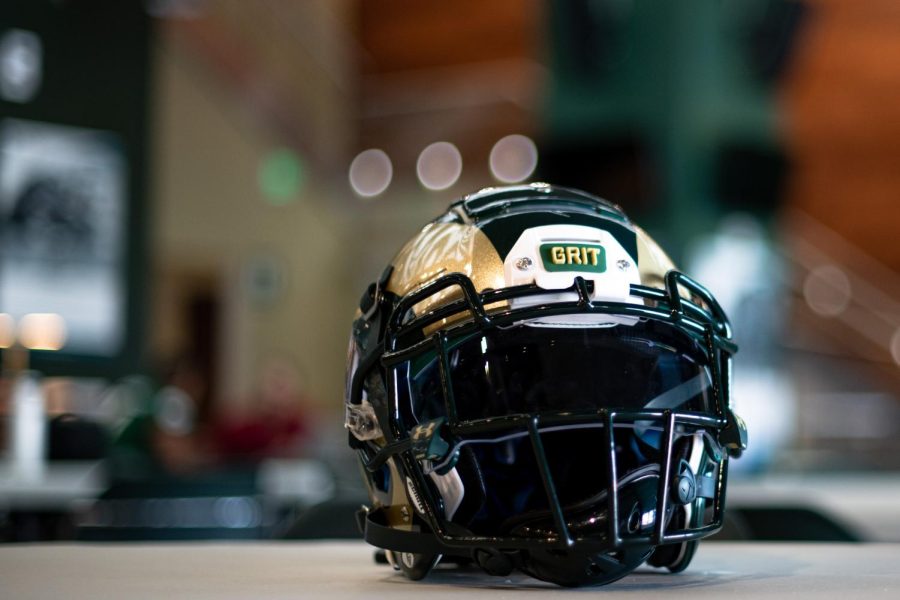 In the first game of Jay Norvell’s era, the Colorado State University Rams were faced with a difficult road matchup against the Associated Press’ eighth-ranked University of Michigan. As many expected, the Wolverines beat the Rams handily, 51-7.

“Overall, there were a lot of good things that we did — it just wasn’t nearly enough, obviously,” Norvell said at the postgame press conference. “It was a little bit of too much too soon for us, to face a team of this quality this early.”

The difference between the two teams was evident from start to finish. After both teams punted on their opening drive, the first score of the game came on Michigan’s second drive on a screen pass from quarterback Cade McNamara that wide receiver Roman Wilson turned into a 61-yard touchdown.
“I’m not discouraged about our guys at all. … (Michigan) is a good football team, and they’re pretty different from everybody else on our schedule.” -Jay Norvell, head coach
McNamara, who started the game for the Wolverines, had the team’s only passing touchdown of the afternoon. He completed nine passes for 136 yards and a touchdown. Quarterbacks J.J. McCarthy and Alan Bowman also saw the field for Michigan.

On CSU’s second drive, quarterback Clay Millen was intercepted by Michigan safety Rod Moore, who returned it to CSU’s 13-yard line. Despite being handed great field position, the Wolverines were held to a field goal by the Rams’ red zone defense.

Michigan’s 10-0 lead grew to 23-0 by halftime as the Wolverines scored two more field goals and a touchdown from running back Blake Corum, while the Rams remained suffocated by Michigan’s defense.

CSU received the kickoff to begin the second half but quickly gave it back after Millen lost the ball on a strip-sack by Michigan edge rusher Mike Morris. Defensive back DJ Turner recovered the fumble and took it 45 yards for a touchdown to bring the score to 30-0.

Michigan scored touchdowns on all three of their second-half drives. The Rams’ first and only score came in the fourth quarter when Millen found wide receiver Tory Horton in the end zone for a 34-yard touchdown. Millen finished the day with 16 completions on 20 attempts for 137 yards, a touchdown and an interception. Horton recorded six receptions for 69 yards and a touchdown.

Millen became the first freshman quarterback to start a season opener for the Rams since true freshman Pete Thomas in 2010.

“For a guy playing in his first game, I thought he did a lot of good things,” Norvell said.

Despite the result, this game can’t be used as a predictor for the rest of the season.

“I’m not discouraged about our guys at all,” Norvell said. “(Michigan) is a good football team, and they’re pretty different from everybody else on our schedule.”

CSU will host Middle Tennessee State University in Canvas Stadium at 2 p.m. Saturday, Sept. 10, in what will likely be a much better display of what the Rams are capable of.