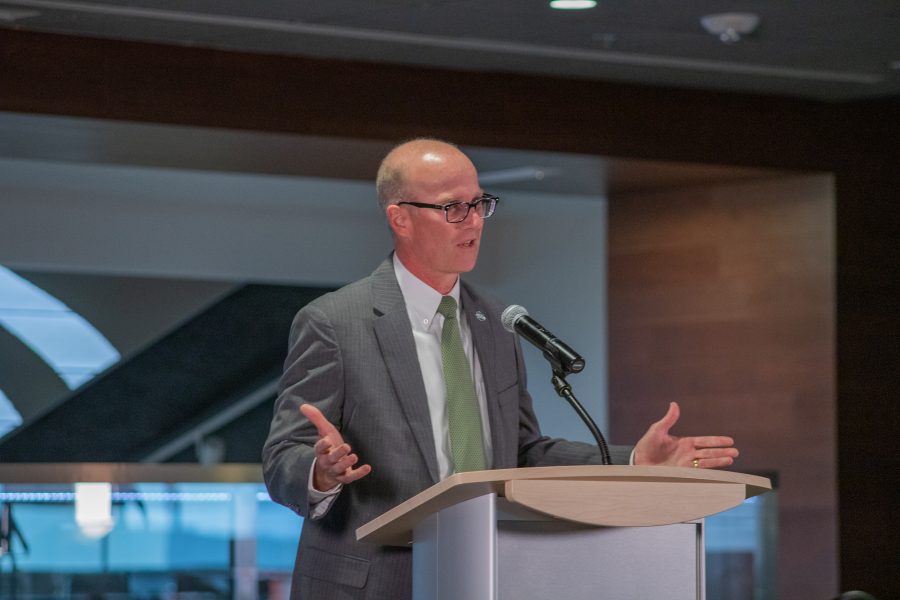 Colorado State University Interim President Rick Miranda announced Thursday that Athletic Director Joe Parker has signed a five-year extension to stay with the university. The deal will keep Parker at CSU until December 31, 2027.

Since joining CSU in 2015, Parker has been the catalyst to tremendous success in athletics. During his tenure, there have been 21 Mountain West Conference champion teams, 15 of them won by women’s teams.

Parker was largely involved in the process of building and naming Canvas Stadium, which officially opened in 2017. The naming rights were negotiated and finalized with Canvas Credit Union for $37 million, which was one of the largest naming rights deals in NCAA athletics history at the time.

Over the last seven years of the Parker era, CSU has gone through two head football coaches in Mike Bobo and Steve Addazio, neither of which produced a winning season since 2017. However, shortly after the conclusion of the 2021 season, Parker played a role in hiring head coach Jay Norvell, whose grit and love for the passing game has fans hopeful of a turnaround this upcoming season.

The Rams men’s basketball team has skyrocketed in success over recent seasons. Head coach Niko Medved, another Parker-era hire, has taken a program from a 12-20 overall record in his first season to an impressive 25-6 overall record in the 2021-22 season, ending with a March Madness berth as a 6-seed, CSU’s lowest ever seed in the tournament.