The Rocky Mountain Collegian • May 3, 2022 • https://collegian.com/articles/sports/2022/05/category-sports-nuggets-season-ends-on-a-low-note-avalanche-clinch-no-1-seed/

A quick update for all Colorado sports fans interested in the Denver Nuggets, the Broncos, the Colorado Avalanche and the Colorado Rockies. 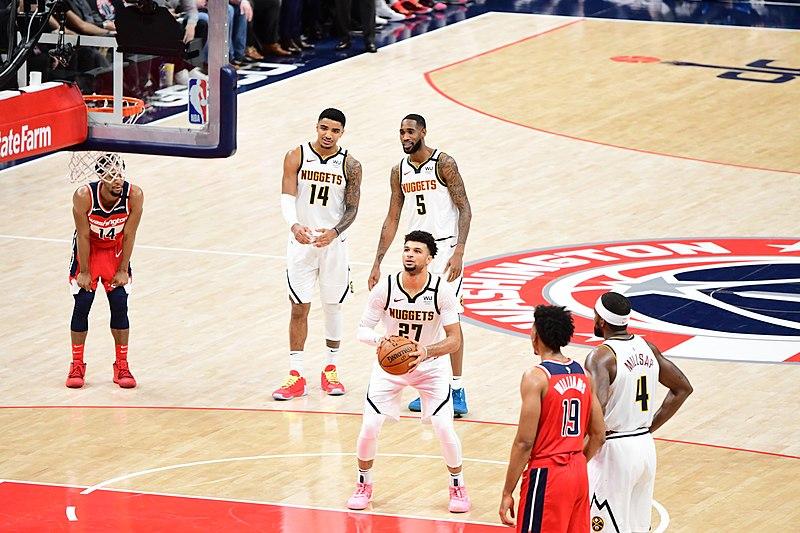 Well, Colorado sports fans, what a week it has been.

The Denver Nuggets have been knocked out of the playoffs. During a 1-4 series loss to a revitalized (and healthy) Golden State Warriors team, the Nuggets never wanted a healthy team more. The rollercoaster of emotions the team made all of us go through with star point guard Jamal Murray and 6-foot-10-inch sharpshooter Michael Porter Jr. possibly making their returns from lengthy injury rehab is over.

But this is a good thing. Just imagine if either — or both — of the young stars debuted in these playoffs, and we learned the hard way it was too soon by way of a repeat injury. This way, both players can have a full offseason to rest and fully prepare their bodies and minds to return to NBA basketball.

OK, enough about the Nuggets.
“The lack of draft love for the offensive line was surprising, as the orange and blue traded away some valuable young talent to get a less mobile yet still elite superstar quarterback in Russell Wilson.”
The Colorado Avalanche clinched their spot as the No. 1 seed in the Western Conference and will face the Nashville Predators in the first round. The matchup should not be an issue for the 56-19-7 Avs, especially since the Predators will have to rely on their backup goaltender for at least the first two games of the series.

Avalanche fans may remember that in the last two seasons, the Avs went 3-4 against the Dallas Stars in the 2019-20 playoffs and, more recently, went 2-4 in a six-game series against the Las Vegas Golden Knights in the 2020-21 season. The Golden Knights did not make the playoffs this year, but the Avalanche could face a rematch of the seven-game thriller against Dallas in the conference finals — should both teams advance that far.

The Denver Broncos just finished up their bid in the NFL draft. They missed out on the homegrown hero of a tight end in Trey McBride, who went to the Arizona Cardinals with the 55th pick — only nine picks before the Broncos made their first selection. However, the Broncos picked up a handful of defensive linemen and defensive backs, along with a pair of sure-handed pass-catchers in a tight end and a wide receiver.

The lack of draft love for the offensive line was surprising, as the orange and blue traded away some valuable young talent to get a less mobile yet still elite superstar quarterback in Russell Wilson.

Finally, the Colorado Rockies’ season is in full swing. Get it? After a hot 6-2 start to the season, the Rockies have rocketed back into mediocrity. They now sit at a modest 13-9, good for fourth in the National League West.

In their last two series, the mile-high ballplayers were swept by the Philadelphia Phillies but bounced back in a huge way with a sweep of their own against the Cincinnati Reds. They are set to finish up the series against the Washington Nationals before they take on division rivals in the Arizona Diamondbacks.