Making a case for mixed martial arts in the Olympics 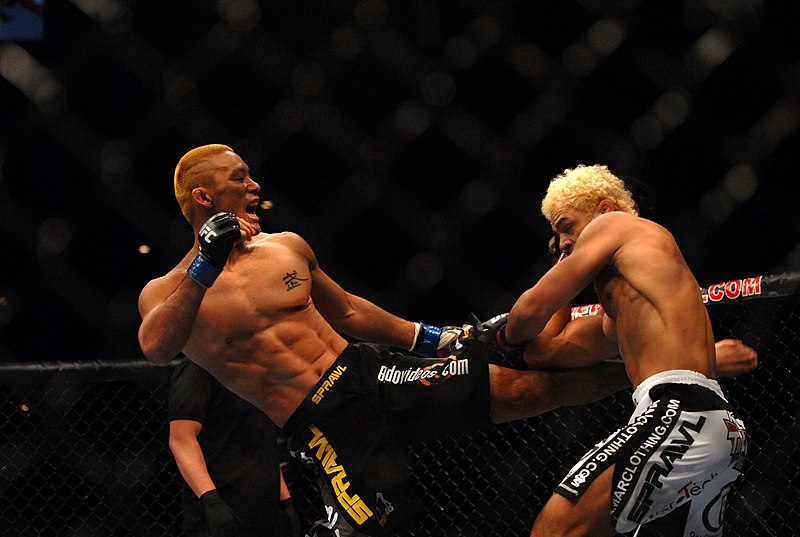 The 2020 Tokyo Summer Olympics saw the addition of several new sports, including softball, baseball, skateboarding, sport climbing, surfing and karate. Despite the inclusion of these new events, one of the world’s most popular sports remains unrecognized by the International Olympic Committee: mixed martial arts.

Since its first official fight 28 years ago in Denver, the sport of MMA has gone from niche entertainment to a multibillion-dollar industry. This growth has been spearheaded by the world’s premiere fighting organization: the Ultimate Fighting Championship, a company estimated to be worth roughly 10 billion dollars.

The UFC currently has a roster that includes fighters from over 60 countries. Across the 12 different weight classes (eight men’s, four women’s), there are three American champions (one out with injury) and nine who call either Russia, Cameroon, Nigeria, Brazil, Australia or Kyrgyzstan their home.

This large and diverse roster serves as a testament to the sport’s global appeal, and those numbers only reflect upon the UFC and not any of the other major promotions. On top of this, several martial arts are already represented in the Olympics as well.

“They have judo, which uses submissions and chokeholds,” UFC president Dana White said. “They have boxing, which you can punch to the body and head. They have taekwondo, where you can use kicks and punches. … Everything we do is already in Olympic sports, so it makes sense.”

However, MMA faces unique hurdles when it comes to being officially recognized by the IOC. There are currently five main factors (each with different criteria) that determine whether a sport is eligible to be included in the Olympics. These factors are listed as Olympic proposal, value added to the Olympic movement, institutional matters, popularity and business model.

Olympic proposal refers to the logistics of the sport, including the competition format, number of events, participation of best athletes and venues. Value added to the Olympic movement refers to the sport’s image and how it upholds the seven Olympic values: friendship, excellence, respect, courage, determination, inspiration and equality.

Institutional matters involves criteria regarding the sport’s credibility or years of existence, gender equality and the different commissions that govern the sport. Popularity and business model are rather self-explanatory.

Keeping these criteria in mind, it appears as though the biggest hurdles to MMA becoming an Olympic sport are Olympic proposal and value added to the Olympics. The violent nature of MMA calls into question how the sport might uphold the Olympic values. However, there are multiple ways to ensure both the safety of athletes and limitations of violence, all while upholding a high level of competition.

For one, the ruleset used in Olympic boxing provides a solid blueprint for Olympic MMA to follow. Olympic boxing, up until the 2016 Games, required all fighters to wear headgear (men no longer do). It also adheres to a three-round, three-minutes-per-round time limit. This differs from professional boxing, which requires fighters to fight without headgear and for upward of twelve rounds.

To become Olympic ready, MMA would need to stray away from the normal three-round, five-minute style of fight that is used by the UFC and most major promotions. Whether it is a single five-minute round or two two-minute rounds, a shorter contest will help ensure fighters can compete multiple times safely. Instilling required headgear, along with larger gloves and shin protection, would curb the violence as well.

MMA remains unique as a sport in that oftentimes, fighters are given months-long medical suspensions after competition. This is to ensure any possible medical issues can be properly addressed. Due to this, logistics surrounding a competition in which athletes compete in multiple contests over a short span of time pose a challenge regarding Olympic proposal.

A solution here would be instilling limits for fighters regarding how many times they can compete within a single Olympic Games. Countries would ideally have multiple fighters on their roster for each weight class with the idea being that this would be a rotating cast of fighters. If fighters were only allowed to compete in one or two matches every four years, you could limit some of the more severe risk they face.

Regarding institutional matters, MMA easily meets these criteria. The UFC and other large organizations, including Bellator MMA and ONE Championship, implement these criteria as they work with different state and international athletic commissions to ensure their events are safe and sanctionable.

As far as popularity and business model go, all the IOC needs to do is involve White in their processes, as he is more than capable of sustaining success. According to White, the UFC is coming off its most successful year to date, and with international superstars like Conor McGregor, Khabib Nurmagomedov and Israel Adesanya, MMA as a whole has never been more popular.

Nurmagomedov mentioned his involvement in bringing MMA to the Olympics. He plans on doing whatever he can to legitimize the sport in the eyes of the IOC.

“The inclusion of MMA in the Olympics is one of my biggest tasks for the next couple of years,” Nurmagomedov told ESPN. “They don’t want there to be a lot of blood. … But in terms of sponsorships, TV ratings, viewership, the MMA has it, and if it gets in the Olympics, it will be on par with track and field and soccer in terms of interest.”

Considering the unpredictable, volatile nature of MMA, it is hard not to envision it immediately being one of the more entertaining Olympic events. The potential growth for mixed martial arts is still enormous, and continuing to exclude it from the Olympics is a disservice to sports fans across the globe.