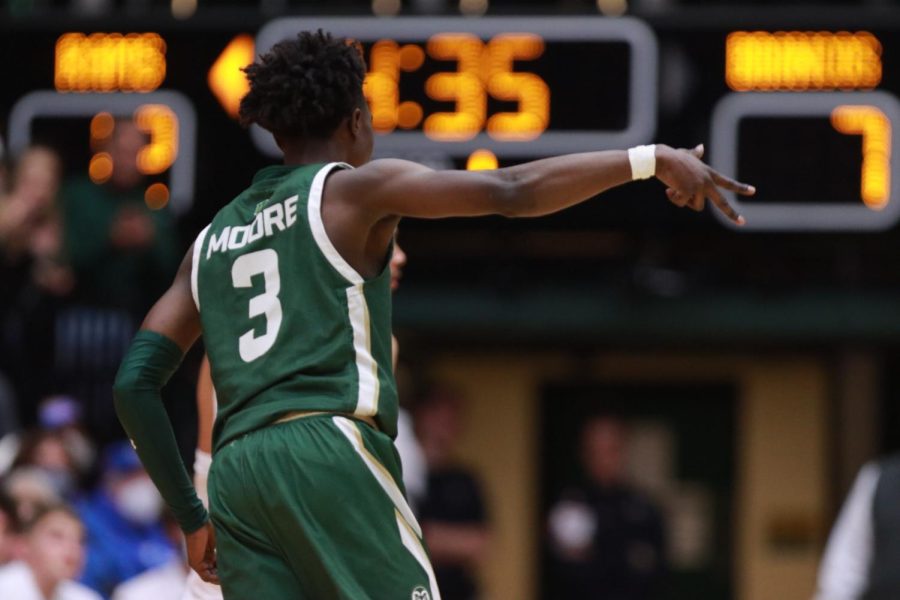 Boise State is currently No. 1 in the Mountain West Conference, with Colorado State right on their tail in second. In the two leaders’ last matchup, CSU snatched a massive win in overtime against Boise, 77-74.

It was finally time for the long-anticipated sold out game, and both teams hit the court running. The Rams came out strong on defense but not quite warmed up on the scoring side, going 0-2 until David Roddy finally got the Rams on the board. Soon after, CSU brought the first tie of the game at 7.

Following the tie, the Rams as a whole got into a flow on offense, outscoring the Broncos 7-0 in about two minutes to get a 14-7 lead. Despite the leg up over Boise, the Rams knew coming in that this would be a back-and-forth game.

With just over eight minutes left in the half, both teams were pushing each other to their limits, but CSU seemed to be the most in control on both sides of the floor. The Rams not only were executing great offensive plays but were staying alive and aware on defense, as Roddy dunked after a steal from Moore, giving the Rams a 29-27 lead.

Closing the half, Colorado State didn’t rush to get points, moving the ball around and waiting for the right shot. The patience paid off, as the Rams headed into the locker room up five, 41-36.

To start the final half in Moby Arena this season, the Rams found themselves with an early 10-point lead that was shortened to five due to bad passes and short shots by Colorado State. The struggle to stay ahead seemed to intensify as the Broncos went on a scoring run until they were only two behind, 52-50.

Power machines Roddy and Moore were not going to go down without a fight, driving the ball from one side of the court to the other in finishing fashion. However, the Broncos kept in the Rams’ sight, bringing the game to its sixth tie at 62 with 4:30 left in the game.

Roddy was showered with “MVP” chants from the student section after he brought the Rams back up with a layup to break the tie. With less than one minute on the clock, James Moors keeps the Rams up with a hard layup to give CSU a one-point lead, 69-68.

In the final seconds of the game, Moore made two crucial free throws, leaving the Broncos with one last chance on offense. Boise star Marcus Shaver Jr., however, failed in the final shot, and the Rams finished the season 24-4, winning the game 71-68.

Roddy led the team once again, finishing the night with 23 points and going 3-3 on the free-throw line, followed by Moore with 19 total points and Isaiah Stevens with 12. The Rams head to Las Vegas for the 2022 Mountain West Men’s Basketball Championship on a three-game winning streak on March 10.