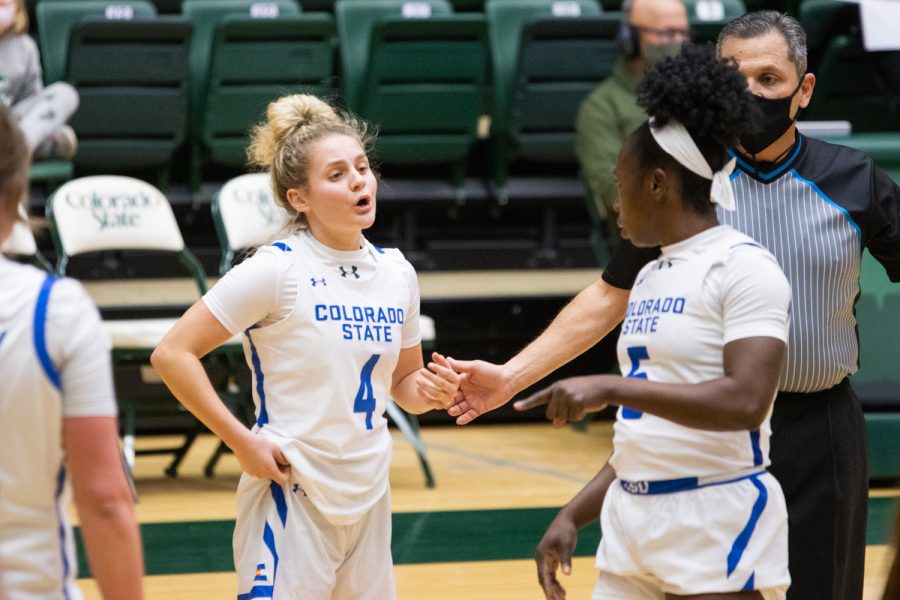 The Colorado State University women’s basketball team will take to the court for the last 2021-22 regular season matchup against the University of Wyoming for part two of the Border War battle at Arena-Auditorium in Laramie, Wyoming, on Wednesday, March 2 at 6:30 p.m.

One more battle of the regular season ❗️ It’s ❗️

Previously this season, Colorado State battled their Wyoming rivals and got a huge win in Moby Arena for the first Border War battle on Feb. 17. The Rams dominated the court in the pink out game and showed up the Cowgirls with a final score of 56-45. Despite winning, it was a close matchup, ending halftime with a tied scoreboard of 21-21. It wasn’t until the third quarter that Colorado State secured the lead to win the matchup.

Heading into the season’s final regular-season matchup, Colorado State will need to establish an early lead and stay consistent with their game execution. With less than a week before the Mountain West Women’s Basketball Championship, it is crucial in their final stretch to take wins due to their current rank status.

Unfortunately, Colorado State is heading into the matchup with a two-game losing streak against San Diego State University and the University of Nevada, Las Vegas. If Colorado State can dominate the court and bring home a win against the fourth-ranked competitor, they will strengthen their overall chances at winning the Mountain West championship.

Regardless of the pressure, this is a huge game for the Rams. Finishing off their final regular season matchup away from home makes the stakes even higher to bring home a win. Colorado State has a 5-4 away record for the season but is ready to defeat Wyoming for just one more win, especially against our biggest rivals. They’ve done it before and are ready to do it again.

Despite being an away game, you can still support the Rams as they battle in the Border War. Colorado State fans can either travel up north to Arena-Auditorium, or the matchup will be broadcasted on the Mountain West Network and aired on Power 102.9. After the final matchup, the Rams will prepare to take to the air and travel to the Thomas and Mack Center this Sunday for the first day of the Mountain West Conference tournament.