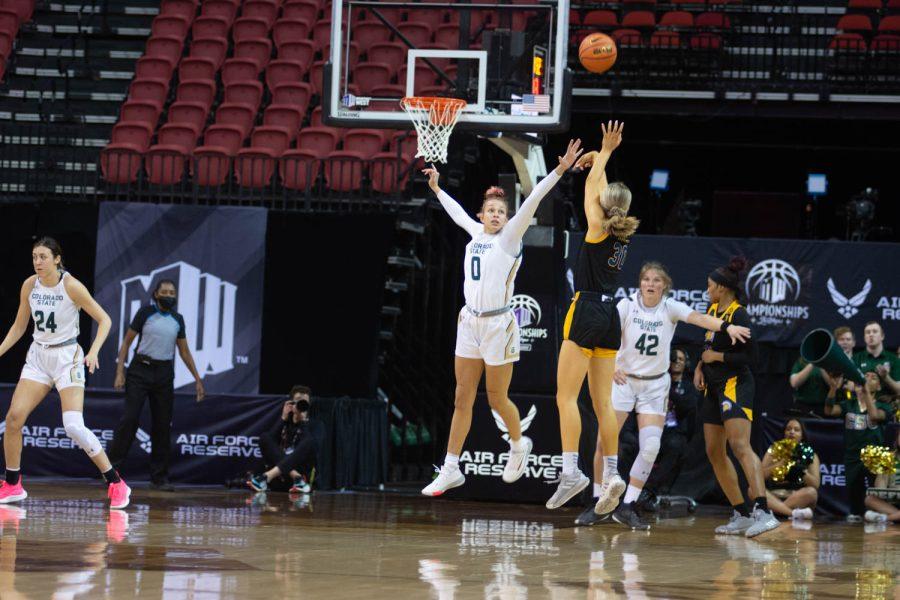 Before entering the matchup, star athlete McKenna Hofschild was named to the All-Mountain West team. Also, Upe Atosu was notably awarded Newcomer of the Year and a MW honorable mention, according to the conference’s announcement Sunday morning. Hofschild described the award as “an honor, but it really shows how good this (CSU) team is, and they make my job very easy. They make me look good, and without them, I wouldn’t be here.”

Congratulations to all of the players named to the All-Mountain West teams!

Despite the Rams entering the championship on a three-game losing streak, they were prepared to bring it all against the San Jose Spartans. This isn’t the first time the Rams served the Spartans a big loss. During the 2021-22 regular season games, the two teams first battled on Jan. 9, when the Rams earned a 26-point blowout win right in Moby Arena. Additionally, Colorado State delivered the same energy in the two teams’ second matchup of the regular season on Feb. 12 with an 84-70 win at the Provident Credit Union Event Center.

Colorado State showed intense defense and managed to hold San Jose to only 11 points in the first quarter. Meanwhile, Kendyll Kinzer and Karly Murphy were holding it down in the paint and scoring any opportunity that came their way. The Spartans had no chance against the Rams defense, nearly forcing SJSU to get a shot clock violation with less than 30 seconds until the half. Despite any of the Spartans’ attempts to gain leverage on the Rams, CSU held firm and finished with a nearly 40-point lead against San Jose and didn’t show any remorse.

The Colorado State University women’s basketball team will move into the quarterfinals and take on the University of Wyoming tomorrow at 9:30 p.m. to battle for the opportunity to play in the semifinals. You can support the women’s basketball team as they dominate the Mountain West championship, which will be broadcast on the Mountain West Network.