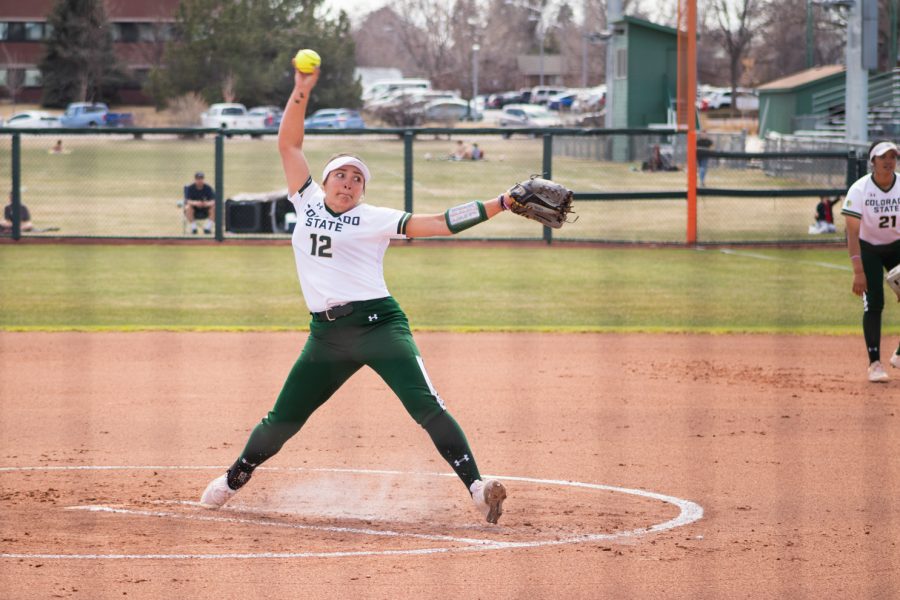 The Rams desperately needed a win at home after a brutal road trip to San Diego State University, where the Rams were swept 3-0 by the Aztecs. This time, however, it was the Rams who broke out the brooms, as they won all three of their games against the Spartans to achieve a sweep of their own.

When game one got underway March 25, it looked like the Rams were in for a challenge from the start. The Spartans got the bats going early against Rams pitcher Danielle Serna, who gave up three hits to San José State in the first inning. The Spartans got two runners into scoring position early before Karizma Bergesen homered a ball into left field, which put San José State up 3-0.

In the bottom of the first inning, the Rams took advantage of some poor play from the pitcher spot as well.

After getting on base and advancing a runner to third, Colorado State middle fielder Peyton Allen was able to steal second, then a wild throw from the catcher enabled Allen to advance to third while Ashley York stole home, getting the Rams on the board. Allen also got home for the Rams, and the score was 3-2 Spartans after the first inning.

We completed the series sweep with a victory against San Jose State today! #MakingHerMark

CSU pitcher Jetta Nannen relieved Serna of her pitching duties in the second inning and put the clamps on for the Rams defensively, allowing SDSU only six hits for the rest of the game, which translated into just one run. A late offensive gain and a save from pitcher Julia Cabral for the Rams saw them take game one of the series 6-4.

In game two on Saturday, the Rams drew first blood when Jalyn McGuffin batted in Makenna McVay to put CSU up 1-0 after two innings. San José responded with three unanswered runs in the third inning. One CSU run in the fourth and one SJSU run in the sixth saw the Spartans take a 4-2 lead going into crunch time.

The bats came up big in the bottom of the sixth, as CSU rattled off three runs of their own to take the lead back at 6-4. It was down to the final inning, and the Spartans came up with two runs to make it a tied ball game with CSU having the last chance to hit. Kaitlyn Cook got herself on base, and York hit a sweet shot up the middle for a walk-off single to hand the Rams the 7-6 victory.

The Rams had already won the series before Sunday’s game, but they came out like they still had something to prove and posted four unanswered runs in the first inning.

Nannen assumed pitching duties again and threw a solid game, only allowing one run off four hits through six innings, and the Rams looked like they would run away with the game 6-1 going into the final inning.

A semi-miracle happened for the Spartans when Alyssa Graham, with the bases loaded, launched one out of the park for a grand slam that suddenly made it a 6-5 ball game. Cabral took over pitching once again and produced a clutch pitching performance to get her second save of the weekend, securing the 6-5 victory and the series sweep for CSU.

The Rams will hope to ride their momentum as they prepare for another road series. The Rams will be in Logan, Utah, to take on the Utah State University Aggies April 1-3.