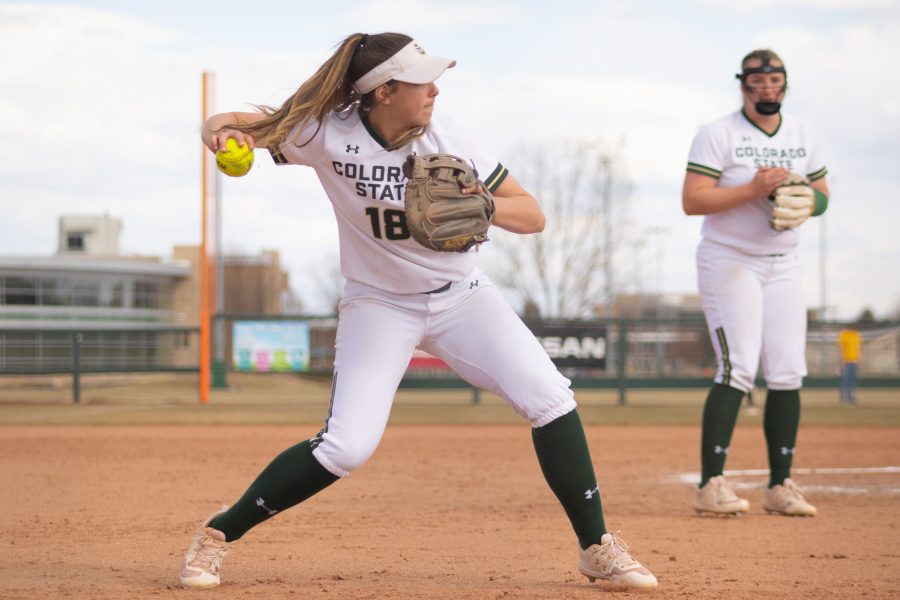 The Colorado State University softball team had a full spring break playing some tough opponents as they hosted the Colorado Classic tournament and continued into their 2022 Mountain West Conference games.

Northern Colorado was the first obstacle they faced, taking to the diamond for their first matchup March 11. In this game, the Rams saw the ball very nicely with a towering 13-2 win, ending the game in the fifth inning.

The second game March 12 has a much closer matchup, with the game tied 3-3 after the seventh inning. An extra eighth inning was played against the Bears, but unfortunately they got a run in, and the Rams could not get one in themselves. The second matchup resulted in a 4-3 loss in the eighth inning for Colorado State.

On the same day, they played Washington at Ram Field. This game showed the Rams fought until the end, with Washington having an early four-run lead after the second inning. To top that, they scored two more in the fifth, leaving the Rams scoreless. Despite the early lead, the Rams managed two runs in the sixth and another in the seventh. Regardless of Colorado State’s efforts, this game ended with Washington on top, 6-3.

March 13 was the final game of the series against the Northern Colorado Bears. The Rams were hitting the ball smoothly after taking two losses the day before. Ready to finish out the Colorado Classic, they took the lead after the second inning and never looked back. The Rams won 9-1 against the Bears with a mercy rule in the sixth inning.

The team had a few days to rest and enjoy a break before their first Mountain West Conference three-game series against San Diego State, with the first game on March 19. The Rams played hard throughout, but San Diego State saw the ball as if it was the size of a bowling ball. San Diego ended the game with 10 hits and a 6-2 win.

The next game was much closer; the Aztecs only scored one run each in the first and second innings. Despite a lack of runs, the Aztecs shut the Rams down, leaving them with no runs this matchup and a final score of 2-0 with an Aztecs win. The final game of the series was on March 20 — a matchup that mimicked the first game. It seemed like San Diego could hit anything thrown at them: They had four runs in the first, seven in the second and two in the fourth. The Rams remained scoreless and were mercy ruled in the fifth inning with a final score of 13-0.

Today wasn’t our day, but we have another week of prep before hosting San Jose State for a three-game series starting on Friday at Ram Field! #MakingHerMark