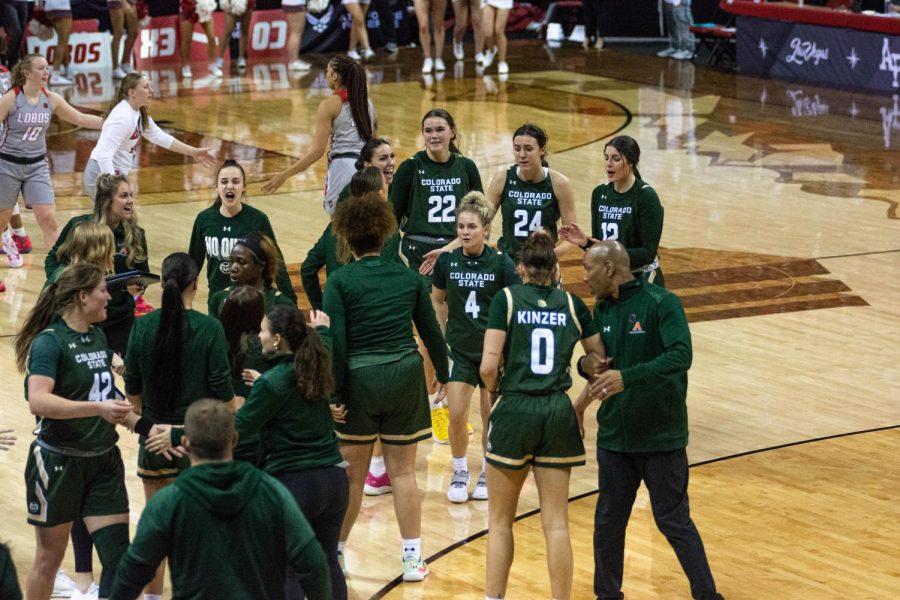 Despite the Rams’ consistent efforts, they finished the MW tournament with a 75-65 loss.

Colorado State entered the final championship matchup ranked the sixth seed in the Mountain West, while UNLV entered ranked the first seed in the whole conference. Despite rankings, the Rams have truly come out this week and proven numbers don’t mean anything. Regardless of tonight’s turnout, the Rams defeated three outstanding teams, including the 11th, third and second seed teams in the Mountain West.
“There were moments when we were two steps forward, one step back… These kids wanted to keep getting better and as a coach, that’s all you can ask.” -Ryun Williams, head coach
In the first half, Colorado State showed great focus and brought intensity to the court. The Rams had established a nine-point lead nearly three minutes into the first half with a score of 11-2. It wasn’t until the last three minutes of the first quarter that UNLV took over the lead. Colorado State entered the half down only seven points with a score of 38-31.

As for the second half, the Rams came out determined to close the lead gap between them and the Rebels. With the help of a loud crowd and hype bench, Colorado State’s defense and offense brought the gap down to only five points by the end of the third quarter. In an intense final stretch, Colorado State managed to shorten the lead, but despite their best efforts, they finished off with a 75-65 loss.

Came up short, but put up a valiant fight. No question. Regular season champion Lady Rebels complete the sweep of MW titles.

“There were moments when we were two steps forward, one step back,” head coach Ryun Williams said. “These kids wanted to keep getting better, and as a coach, that’s all you can ask.”