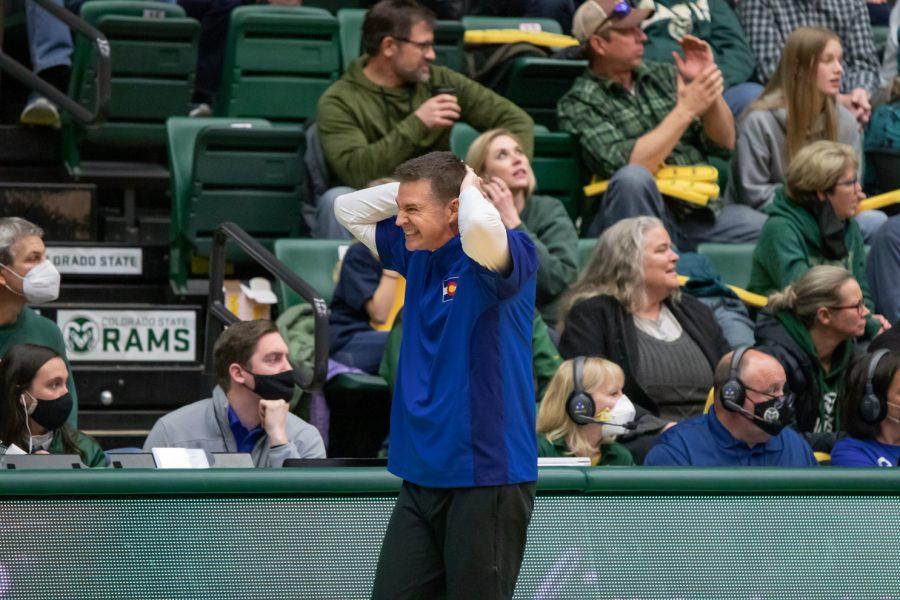 The Colorado State University women’s basketball team took on the University of Nevada, Las Vegas this afternoon for their senior game. The Rams played with great passion and excitement, as their tournament begins March 6, and they had high hopes for going far this year and making up for Thursday’s loss against San Diego State University. However, the Rams lost today’s game with an ending score of 80-69 against the Lady Rebels.

Despite finishing with a loss, the first half went really well for the Colorado State Rams. As the game began, the Rams shot off with a great lead, up by six points by the end of the first quarter; CSU managed to end the first quarter with a score of 20-14. During the second quarter, the Rebels scored 22 points, but it wasn’t enough to surpass the deficit the Rams fought hard for, ending with Rams up 41-36.

While the Rams did a good job keeping their lead ahead of the Rebels, they fell short, allowing the offensive team a lot of second-chance shots at the net. However, the Rams lost their defensive speed during the third quarter, as the Rebels returned from halftime with more drive and passion for revenge after the first half.

The third quarter ended with a 10-point deficit for the Rams to try to come back from, down 61-51 to the UNLV Rebels. Ultimately, the Colorado State women’s basketball team lost against UNLV with a final score of 80-69.

Thank you Ram Nation for our highest attended game since !

While the Rams played with great teamwork during the first half, a key player was Kendyll Kinzer (0), who played a great game, ending the first half with a total of six successful 3-pointers for her team and five rebounds. Overall, Kinzer scored 21 points during the entirety of the game.

Hopefully, Colorado State will be able to make a quick turnaround before they enter the 2022 Mountain West Women’s Basketball Championship beginning this upcoming Sunday, March 6. You can support the CSU women’s basketball team by lifting up their spirit in the crowd during their final game before the tournament begins. The CSU Rams will take on the University of Wyoming Cowgirls in Laramie, Wyoming, this Wednesday in part two of the Border War battle.